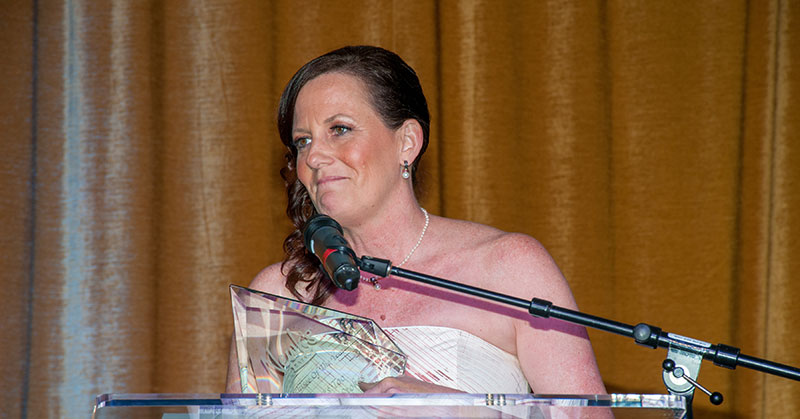 Cassandra Stokes has been a Newk's Eatery franchisee for just two and a half years, but she is already making restaurant history with the 101-unit chain. Stokes' Sekots Too LLC was chosen as Newk's Eatery's Franchisee of the Year due to high performance in a variety of operational categories, including zero leadership turnover and the highest overall guest response in the chain's 12-year history. Stokes was presented the award during the Newk's Eatery Convention last month.

Stokes spent 26 years in the military before redirecting her education and training in hospitality management to franchise ownership. After investing in a successful Wingstop franchise in Nacogdoches, Texas in 2007, Stokes stumbled upon the Newk's Eatery brand years later while on a family trip in Longview, sparking a desire to bring Newk's to her hometown. In 2013, she opened Nacogdoches' first Newk's Eatery and is now planning to open a second unit in Lufkin, Texas before year's end.

"Cassandra and her team are a prime example of how an unwavering commitment to hospitality and high operational standards can build business and earn lasting customer loyalty," said Keith Moody, Vice President of Franchise Operations.

Franchisee of the Year contenders were judged across seven categories: restaurant operations, food safety evaluations, guest survey results, ticket count trends, as well as sales trends at the counter, in catering and in Newk's Grab-N-Go section. Stokes ranked among the top five of all franchisees in five of the award's seven categories and among the top 10 in the remaining two categories.

"Our mission is to delight all our guests all the time," said Stokes. "Although I am passionate about what I do, this award is about my people-- the leadership at the management and hourly partner levels. Our ultimate goal is to deliver happiness-- both through great food and a great attitude that floods out into the community."

Stokes also attributes much of her restaurant's success to the advice received by Newk's seasoned team of franchise business consultants. She cited their help specifically in meeting operational standards, lowering cost of goods by minimizing waste and enforcing portion control, as well as keeping labor investments below industry benchmarks. However, Stokes still places a high priority on labor investment, recognizing that a positive, hospitable team is key to establishing an equally warm and welcoming restaurant environment.

"Because you can't teach employees to be happy, you must 'hire hospitality' and take care of your leaders-- that's the magic," said Stokes.