Franchisees Get New Source of Funding 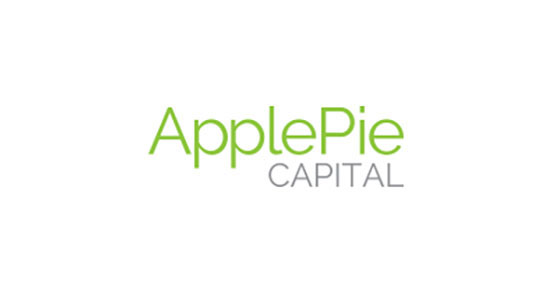 There's a new franchise funding alternative in town: ApplePie Capital, which announced its presence as a franchise lender and unveiled its website in mid-November. The idea behind the company is to provide a franchise loan marketplace that connects franchisees in need of capital with investors seeking fixed-income returns, in this case by investing in operators of proven franchise brands. The marketplace will launch in Q1 2015 and offer loans ranging from $100,000 to $1 million.

ApplePie combines the emerging concept of crowdfunding with traditional matchmaking between borrowers and lenders. However, unlike many online matchmakers, says Thomas, ApplePie has its own capital to lend. To date, the company has raised several million dollars from investors interested in franchise loans as an asset class, and will use that capital to fund loans in the franchise marketplace. The company also has raised $3.77 million from venture capital for its own operations.

The opportunity for alternative franchise lenders like ApplePie arose from the constricted lending policies that followed the recession, and from a lending gap in the range ApplePie is targeting. It also grew out of existing crowdfunding models, which Thomas says are neither reliable nor predictable enough to meet the needs of franchise finance. In July, the IFA estimated the lending gap in franchising at $1.8 billion this year, down slightly from $2 billion in 2013. According to the IFA, that represents a lost growth opportunity of about 10,000 franchised units and 94,000 jobs.

One final, essential piece of the puzzle that has made companies like ApplePie possible: the JOBS Act, signed into law in April 2012, which made it easier for startups and entrepreneurs to seek capital through crowdfunding.

ApplePie is a "peer-to-peer lender with a social twist," says Thomas, as it will encourage potential borrowers to draw on their own social networks to provide a portion of the capital. For example, if a borrower can raise 20% of the loan amount through their own network (family, friends, community leaders, etc.) they pay a 3% origination fee; if not, it's 5%. Tapping their own network for funding, she adds, also raises awareness in the community as supporters and investors spread the word locally well before the new franchise unit opens for business. Applying for consideration as a borrower or investor (individual or institutional) is simple through a short online form.

Thomas and fellow co-founder and COO Steve Pelletier clearly have done their homework. Thomas says she spent the past 18 months meeting with brands, listening for their pain points and designing a model to meet the financing needs of their franchisees. Jokingly (but perhaps not too much), she says, "We're serial masochists - trying to understand the big problems no one wants to tackle."

However, they're not going it alone. In addition to its founding brands, the company has partnered with Franchise Business Review, FranWise, FRANdata, RBZ, and ZorSource.

When it comes to evaluating and selecting borrowers, one of ApplePie's core values is being "brand-focused," says Ron Feldman, chief development officer at FRANdata. "ApplePie strongly recommends that brands have a bank credit report to speed the process, and are using bank credit reports from FRANdata as one of their primary brand underwriting tools."

One more plus: Thomas knows franchising. She says her family has been an investor in a franchise for more than 30 years, and her brother has been a master franchisor. "Franchising is something I am familiar with," she says.