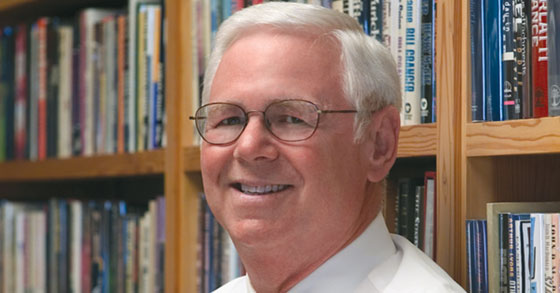 Gary Grace is no stranger to franchising...and no stranger to success. He has been named the top franchisee in the country by Inc. magazine. He worked with Supercuts to open 86 salons in the New York metro region, including 6 in one day, establishing the brand in a new market. He's been featured in industry trade magazines. And he has served as chair of Franchise Update's Multi-Unit Franchising Conference.

But in the world of franchising, what he's done for Supercuts--and the people who have worked for him--shines the brightest. During his career, he's instituted or enhanced employee benefit programs, including performance incentives for all employees, a management evaluation program, increased education and training at all levels including quarterly workshops for stylists, an annual awards event, and more.

The value--and longevity--of his senior managers was apparent 10 years ago, when we wrote: "Grace has managed to retain his early managers for an extraordinarily long time. Five senior people (three operational and two administrative) have been with him more than 20 years. 'They really run the operations on a day-to-day basis,' he says".

In 2012, two of those veteran senior managers left his company, GG Enterprises. In response, Grace, at 72, has become more personally involved in the day-to-day operations of his salons. He's moved from his home in the Napa Valley (he closed the deal just days before the earthquake this summer), and has relocated to Palm Springs to be closer to his 37 Supercuts salons in Southern California. (In 2004, he had 33.)

And even though 10 years ago he said, "I like to think I'm semi-retired," Grace appears to be relishing his re-involvement--and so are his managers and employees. In fact, despite their decades of contributions and personal relationships he calls the departure of those two senior managers a blessing in disguise.

"I'm in the salons much more, and I am at all management meetings. My senior management team tells me they really love it," he says today. Beyond the contributions from his 35 years in franchising and his long history with the brand, Grace says, "I think people just like to be able to relate to the owner. I hear a lot of feedback about that. I call someone and they call their general manager right away to tell them."

Senior management reports directly to him now, and the results are positive--very positive. He expects comp stores sales to be up 10 percent this year ('14). That compares with about 1.5 percent over the past several years, and during the recession sales were "pretty flat," he says. "I had only one month in the last 10 years when I was up 8 percent. Now I'm running 9.8 percent higher year to date." One reason, he says, is that part of his current involvement involves increased training for his second-tier managers. (His GMs oversee a group of 10 to 12 salons; then come the salon managers and then the shift managers.)

"We've done a lot more training and it's beginning to pay off," he says. "It's really working. They're feeling more empowered and are taking on more responsibility as a result." Because of the additional management training and education, the shift managers are more deeply involved in running the salons--which, he says, boosts morale and ripples down to his front-line staff: the stylists.

Grace has also been a longtime champion for the brand's franchisees. Through his leadership role in their franchisee association, he helped lead them (and himself as well!) through several challenging times in the 1980s and 1990s as Supercuts went through three different ownerships. He has continued to help lead the system as president of their franchisee association and chairman of their advisory council for the last 16 years.

The 1989 Inc. article announcing his selection as the best franchisee in America reported that: "Today Grace is the Supercuts superstar. He's been elected to every board or advisory committee his fellow franchisees have, from president of the franchisee association to the franchisee seat on the corporate board of directors. His franchisor praises him as 'a pioneer' and now includes much of the Grace evaluation system and product sales program in the corporate package it sells."