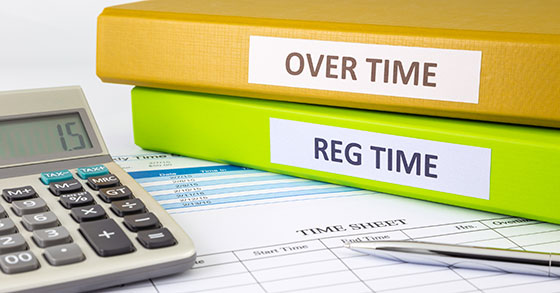 Retailers like franchisees could be saddled with millions of dollars in added costs if federal overtime regulations are revised, according to a new report by the National Retail Federation (NRF). What's more, the rules could also adversely affect working Americans.

The report, Rethinking Overtime, finds the Obama Administration's plan to revise federal overtime regulations would likely "hollow out" low- and mid-level management positions in the restaurant and retail industries and result in a shift toward more hourly and part-time workers. The report says that the proposal could cost retailers millions of dollars in added costs and would disproportionally impact retailers operating in rural states.

"This is a workplace regulation with massive hidden costs," says NRF Senior Vice President for Government Relations David French. "Any potential lift in take-home pay would be a mirage, but the consequences of this rule would be real, in terms of higher costs for businesses and less opportunity for employees to move up the career ladder from associate to manager. The overtime rules would hollow out middle-management careers and middle-class opportunities for millions of workers."

NRF recently surveyed restaurant and retail managers on the overtime changes and found that a majority oppose the proposed revisions, with 81 percent saying customer service would be negatively affected and 75 percent saying the proposed changes would diminish the effectiveness of employee training and hinder their ability to lead by example.

"The plan to revise the overtime rules could cost businesses hundreds of millions of dollars while increasing inequality across the board," says French. "It would help very few workers while negatively impacting a large segment of our economy and workforce."

The new NRF report comes as the Department of Labor is revising federal overtime regulations. The new rules, which were recently submitted to the Office of Management and Budget for review, are expected to raise the current standard that guarantees overtime to workers earning up to $455 a week and redefine the duties of administrative, executive and professional workers above that level who can be declared exempt from overtime. The rules were last updated in 2004 and 1976.

The study looked at the 1976 rules and wage thresholds, and updated them to reflect 2013 dollars. Under that analysis, the threshold could be raised to $610, $808 or $984 per week. In each case, the report found that the new salary threshold levels and rules would adversely affect an increasing number of workers who are currently exempt from overtime pay. This would result in added employer costs, a decrease in employee benefits and compensation in addition to more part-time and hourly workers.

"Our report belies the administration's rosy predictions that the proposed overtime regulations would benefit workers," says French. "As the report shows, utterly predictable reactions to the new rules would likely curtail career advancement for millions of working Americans by eliminating middle-management positions, which would be replaced by hourly and part-time employees."

The study found that an increase in the salary threshold would disproportionally affect retailers in rural states, which tend to have lower labor costs and fewer stores. The study said businesses and workers in Louisiana, Kentucky, Oregon, Oklahoma, and Iowa would be most negatively affected by the overtime change.

How To Avoid The "Woe Is Me" Employee Mentality
7 College Courses Entrepreneurs Wish They'd Taken
Sponsored
Owl Be There Perfects the Path to Work-Life Balance on the Road to Growth
Training Sells! 3 Keys to Get New Franchisees Started
Hiring Performers Who Fit Your Culture
Multi-Unit Franchisee Insight – Hiring, Training & Problem Employees