Ringing In The Minimum Wage Hikes 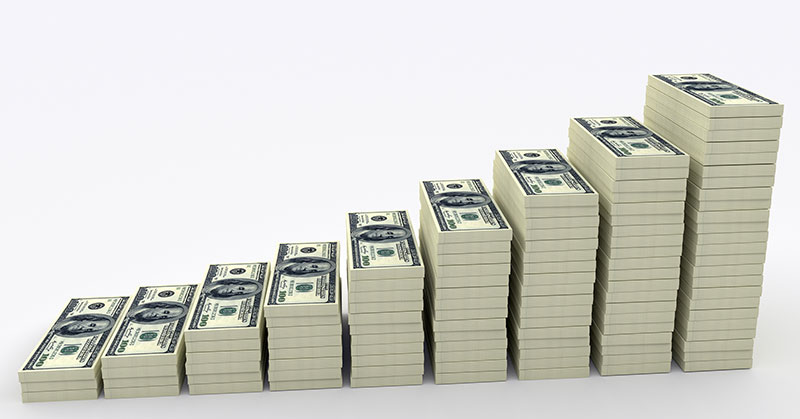 With the New Year just around the corner, a number of states will be implementing new minimum wage amounts for hourly workers. January 1 will usher in new wages as follows: Arizona to $10 per hour; Arkansas to $8.50; California to $10.50; Colorado to $9.30; Connecticut to $10.10; Hawaii to $9.25; Maine to $9.00; Massachusetts to $11.00; Michigan to $8.90; Vermont to $10.00, and the state of Washington to $11.00. Then there's New York, where the minimum wage rises to $11.00 on December 31, 2016. The minimum wage in another 7 states will rise (or fall) based on changes to the consumer price index. Those states include Alaska, Florida, Missouri, Montana, New Jersey, Ohio, and South Dakota. Still, other states will adjust their minimum wages at different times of the year.

The liberal Economic Policy Institute says raising the federal minimum wage from $7.25 an hour to $12 would lift pay for 35 million workers, or 1 in 4 employees nationwide.

Rapid Returns: 127 restaurants in 3 years and targeting 1,000!
Is Your Frandev Tech Working for - or Against - Your Recruitment Goals?
Sponsored
Marco's Pizza® Adds Experienced Team to Fuel Multi-Unit Franchise Growth
Why the Pet Industry Is a Recession-Resistant Franchise Sector
Great Customer Experience Brands Outperform - in Any Economy!
Service Brands Continue To Expand in November