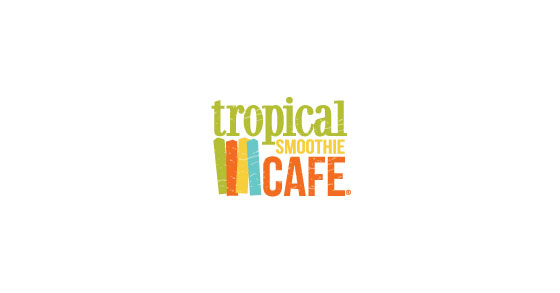 Tropical Smoothie Café has been on the grow this year. The fast casual concept negotiated 51 new franchise agreements in the first quarter of this year. The deals represent 51 cafés that will expand the sandwich and smoothie franchise in Atlanta, Detroit, Providence, Miami, Charleston, SC, and Fayetteville, NC. The brand also reported a 12.31-percent growth in same-store sales over the first quarter of last year.

"We had great momentum heading into 2015 after reporting incredibly strong results last year, including positive comp sales of 11.4 percent and our highest average unit volume of more than $526,000 -- with the top 50 percent reporting an AUV of $669,000," says Mike Rotondo, CEO of Tropical Smoothie Café. "Clearly, Tropical Smoothie Café is well-positioned to continue our aggressive growth and reach our goal this year of signing franchise agreements to develop an additional 150 new locations."

Multi-unit franchisees Kathy and Sherman Dye are developing 10 Tropical Smoothie Café locations over five years, with two currently open in Greater Raleigh, NC. The former Burger King franchisees were attracted to the brand because of its simple business model and low development costs.

"As trends have moved away from fast food and fried food, and we looked at other concepts, we realized we could develop four or five Tropical Smoothie Café locations for the price of developing just one in the past," says Sherman Dye, who has spent nearly three decades in the restaurant business. "When you remove things like fryers, broilers, and shake machines -- which add a lot of complexity to operations and not much to the bottom line -- you get a very simple model. But with Tropical Smoothie Café, our customers still feel like they get a rich-tasting, high-quality product for a great value."