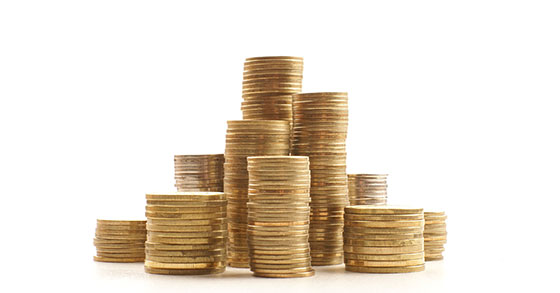 The odds are good that you will inherit money or assets in the coming years. And, if you're like most people, you'll save only half.

The largest transfer of wealth in history is underway, with beneficiaries expected to receive $59 trillion over the next four decades, according to a Boston College study. But those heirs will lose, spend, or donate half of their inheritances, if a 2012 study by Ohio University holds true.

"People need to plan for inheriting wealth to avoid the pitfalls that result in so many heirs making emotional or ill-informed decisions they later regret," says Michael Abbott, a veteran financial consultant and CFO of The Abbott Bennett Group, (www.theabbottbennettgroup.com).

It's never wise to make important financial decisions based on emotion, and inheritance often starts with grief -- one of the most profound emotions we ever experience, says Chris Bennett, co-founding partner of the firm.

"Particularly with the death of a parent, people can feel a whole range of emotions - guilt, overwhelming loss, anger, relief," says Bennett. "It's a very bad time to make decisions that can affect you and your family for the rest of your lives."

The average American inheritance is expected to be $177,000, according to an HSBC Holdings, a banking company. In Canada, the average is just under $100,000.

"Whether or not that sounds like a lot of money to you, handled properly it can have a tremendous impact on your life," says Abbott.

He and Bennett share three tips for planning for an inheritance:

"Once you've liquefied the asset - once you've turned it into cash - it's too late," Abbott says. "Life insurance is an exception. You won't be taxed on that. A Roth IRA that's more than 5 years old will also be an exception if the amount is exempt under the current federal estate tax rules." ($5.3 million for 2014.)

Alternatives include rolling the money into an inherited IRA - one that retains the deceased's name along with language that clearly indicates it's inherited. Don't mix it with your own IRA. Then you can take small distributions over the course of years, and the money will continue to grow.

"Some adult children won't initiate the conversation because they're afraid of appearing greedy or eager for their parents to die," says Abbott. "Sometimes, the parents want to discuss matters but their children aren't comfortable addressing mom and dad's mortality. Even spouses avoid talking about it. It's the most easily avoidable mistake families make."

If loved ones express a desire to talk about "what you'll get when I'm gone," allow them to. It will give them peace of mind, says Bennett. If you want to initiate the conversation, look for opportunities, such as when a family you know or a family in the news is dealing with estate issues.

Receiving an inheritance can be a life-changing experience, say Bennett and Abbott. It also represents your loved one's financial legacy.

"Managing it well and preserving it is an important thing you can do in memory of that person you lost," they say.

Michael Abbott has two decades of experience assisting retirees with their 401(k)s and pension plans. He is co-founder of The Abbott Bennett Group, LLC, an independent financial services firm, where he serves as CFO. Christopher Bennett is a 16-year financial professional who has served as CEO of The Abbott Bennett Group, LLC, since 2003. He holds a Certified in Long-Term Care designation, a Master of Estate Preservation certification, and is a lifetime member of Million Dollar Round Table).