Anand Gala Is Bringing It All Back Home 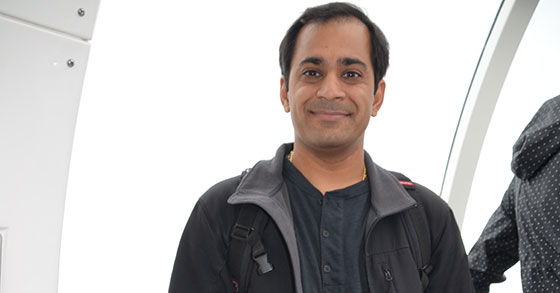 Anand Gala is a perfect example of taking one step back and two steps forward. In the last 5 years, he sold all of his Applebee's restaurants, centralized his holdings, and then doubled his number of Famous Dave's locations. It was all part of a calculated effort to simplify, sharpen, and renew his business focus. "It was really a simple story of taking a step back and reassessing where I am," he says.

At the beginning of 2010, Gala and his company were coming out of the recession and picking up steam. He had 19 Applebee's, 5 Famous Dave's, and 3 Del Taco locations. But he says with units spread across several western states he was looking to bring his operation back home when an unexpected offer came his way.

"We had been going through the massive reimaging program rolled out by Applebee's with all of our locations," he says. "Then about two years ago we were approached by the largest Applebee's franchisee in the system who wanted to buy our locations." It was a big deal for Gala because almost half of his sales were generated in his Applebee's units. But it seemed like the right time and place, and he closed the deal in the summer of 2014. He's still sitting on the proceeds from the sale and evaluating his next move.

He also sold his Del Taco locations to an entrepreneur in Phoenix where the stores were located. All of this gave Gala a renewed sense of focus and a chance to spend more time strategizing for his business, whose units are now all located in California.

"When you have a large business you are deeply involved in running that business daily," he says. "By selling off and now focusing exclusively on only Famous Dave's, I have more time to think and plan strategically."

In the past five years he has doubled his Famous Dave's locations from 5 to 10 in Northern and Southern California. He expects to add two more Famous Dave's in 2015, perhaps more. "I'm always looking at opportunities to create value in my organization," he says. "I'm constantly looking at potential acquisitions within my brand and, possibly, elsewhere." Gala says he loves the Famous Dave's brand because it is "a clearly differentiated concept and the brand is a master at barbecue."

Business played a major role, but his downsizing strategy wasn't just a dollars-and-cents decision for the married father of two. "This has all given me more time to spend with my family, and that's the most important part of life."

Moving forward he says, "I have the luxury of being more strategic with my business right now since I have downsized, but that doesn't mean I won't grow again."