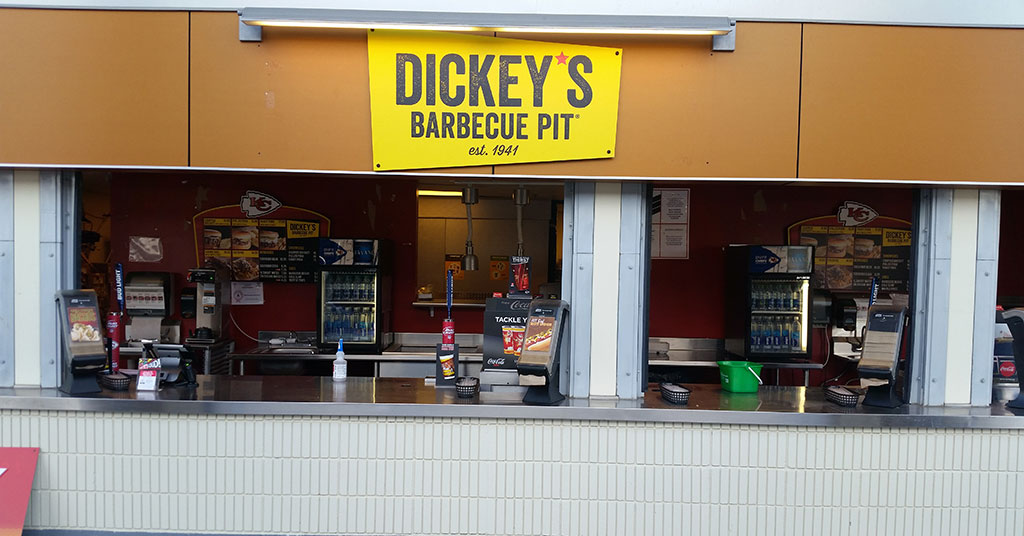 Kansas City Chiefs fans who love great barbecue and ribs are in for a real treat this season at Arrowhead Stadium. Multi-unit franchisee Ryan Wenrich has opened a Dickey's Barbecue Pit location in the concession area at the home field of his own favorite NFL team. He says when he was offered the concession stand space he simply could not pass on the opportunity. His first concession location opened during preseason and a second location is scheduled to open soon.

"We are excited to have this opportunity at Arrowhead Stadium," says Wenrich, who also operates 6 traditional Dickey's locations. "Nothing goes better with football than delicious barbecue and we are proud to offer this to the fans at Arrowhead Stadium this season and hopefully many seasons in the future."

The Dickey's brand has been ramping up expansion recently and has grown to nearly 600 locations in 44 states.

From the Floor Up: A journey of service, quality, and success
Survey Finds Employee Turnover Creating More Problems
Sponsored
The Human Bean Continues to Break New Ground for Growth
From Father to Sons: Building a business for the next generation
Rising Tide (Cleaners) "If your dream doesn't scare you, it's not big...
How Multi-Unit Franchisees Are Solving Their Employment Challenges