Digital Marketing Tech: Making the Most of Emerging Technologies 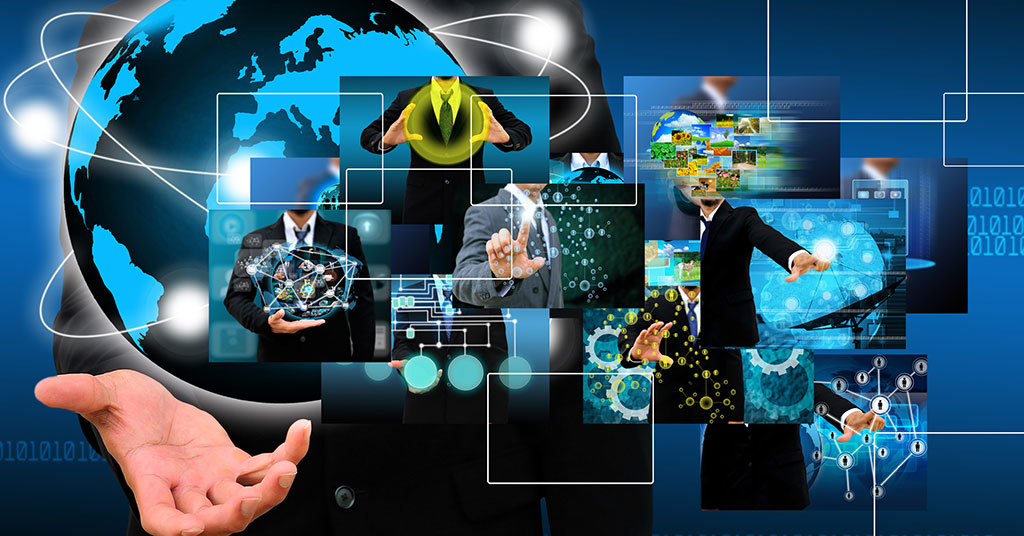 Digital marketing technologies have become indispensable for franchisors seeking new operators, as well as for franchisees seeking new customers. From social media marketing to geotargeting, artificial intelligence to chatbots, marketing automation and programmatic advertising--not to mention the home invasion of voice-based shopping appliances such as Amazon's Alexa and Google Home--marketing executives and operators alike are struggling to keep pace with the changes in digital marketing--and figuring out how to balance "traditional" marketing with the new. We asked a franchisee, three franchisors, and a marketing technology pro to shed some light on how to most efficiently and effectively deploy the new technologies to help them grow and achieve their goals.

Evan Mountain has learned how to make the most of digital marketing technology. Last year, the Fred Astaire Dance Studio he and his wife own in Bloomfield Hills, Mich., was the system's fourth-highest grossing studio in the U.S., and they plan to open another 10 in the state.

Marketing ballroom dance lessons, he says, provides him with a marketing advantage over brands in other industries. "I tell my teachers that if we had a tire franchise it might be a little challenging, but we are dealing with music and dancing and socializing." Adding to that advantage, he has made a great success of the business through the use of different marketing and advertising technologies.

"No matter what the industry, most franchise owners are expert in their product, but they may not have a similar expertise in marketing. I can't stay on top of all the marketing nuances that are going to happen--and I know there are people smarter than me at this," he says. "I work with outside companies."

In contrast to the advice he received when he entered the business ("You have to be in the Yellow Pages"), his marketing options today are plentiful and expanding each year. Learning about the changing digital landscape was an important step for him.

"I had young instructors telling me about Facebook and the light bulb came on," says Mountain. Instagram, for instance, offered the kind of visuals that are essential for showing prospective customers the joys of learning to dance. However, his research on Instagram revealed that its audience was a bit younger than his target customers.

He soon learned to tailor his content as specifically as possible for his different target audiences, and to select the online platforms and channels that would reach them. "A campaign for couples is different than a campaign for singles," says Mountain. "With Facebook, we could also target people in a certain geographic area, income level, and marital status. We fine-tune how we spend our dollars."

Mountain also uses Facebook Analytics to help guide him with such details as the optimal video length, or when to replace one video with another. He also was quick to take advantage of video produced by a local television station in a segment on dance for fitness. The studio's Facebook Page post of the television reporter being taught how to dance salsa by one of Mountain's instructors has garnered more than 130,000 views, been shared more than 200 times, and has piled up thousands of likes. Mountain now has it embedded into his website, where a click on the video means Mountain can send the viewer a special offer. Since he started the Facebook video posts, the studio was averaging five to six new students each week. That average is now up to 10 to 12.

He also pays close attention to his online style, seeking to match the look and feel of the Fred Astaire Dance Studio brand. "You don't want it looking too slick--we are not General Motors or McDonald's. We use our own students because I want people to look at that video as if they're looking into the window of our studio."

While Mountain is pleased with the results, he also displays another essential quality for keeping up with the changes in digital advertising. "I'm always looking at what we can do better," he says. "How can we market better?"

Michael Smith, vice president of strategic planning for the NTY Franchise Company, is a firm believer in the efficiency of marketing technology, especially when growth is fast tracked. NTY (New To You) has five brands of resale clothing, home furnishings, and electronic devices with more than 200 locations in 41 states. But lead flow was dropping so Smith got busy, using marketing automation to start testing different long-tail keyword phrases and images.

"I was constantly testing," Smith says, adding content to the NTY landing page, including white papers, webinar series, and calls to action. Marketing software triggered emails that could track a recipient's actions, in turn triggering more targeted emails that he hoped would be most useful to prospects.

"We are nurturing long term because there are leads that will come through in six months, but you have to be able to distribute material effectively without human labor," he says. And since he stepped up his use of Facebook and Google Ads, he has doubled the number of leads his company generates.

Jennifer Moore, marketing director for The Pizza Press, understands that the right technology makes all the difference in growing a brand by reaching the right people in the right places at the right time. Based in Anaheim, The Pizza Press has awarded 84 franchise locations, with 17 open and another 15 set to open by the end of the third quarter, and a total of 50 projected by year-end.

In its hunt for both customers and multi-unit franchisees, says Moore, "We use a combination of SEO, email marketing, and other technologies. We are omni-channel, using all the levers at once, but we've seen a big lift in franchising leads, largely on Facebook and Instagram because they are a medium that's rich with food."

Since its founding in 2010, Orangetheory Fitness has grown to more than 880 studios in 48 states and 17 countries. At some point during that rise, however, it became clear to co-founder and CEO Dave Long that the old tried-and-true methods were no longer working to keep the system growing as they had been.

"Several years of running national, regional, and hyper-local lead generation ads in the same channels, targeting the same audience, led to declining lead volume and rising costs. We realized that we had to find a different way to reach new audiences and use our budget more efficiently." Initial test results, he said, led the company "to explore machine learning to optimize both spend and creative in real time across multiple digital channels based on conversion performance."

The goals were simple: increase lead volume and lower the average cost per acquisition. The company recognized that personalization was just as important as it had always been, but also knew, says Long, "that artificial intelligence optimizes between multiple channels, including paid social, paid search, display, and pre-roll."

The brand began with a three-month pre-launch test. "First we launched national media and then began to layer on five regional campaigns one by one," says Long. "We found that artificial intelligence and its efficiencies increased lead volume by nearly 50 percent--but each time we added a regional campaign, our national cost per lead slightly increased. This shaped our new digital strategy for 2018 and is how we've minimized competition among our own digital ads to keep cost per lead down."

The results have been outstanding. So far this year, Orangetheory's artificial intelligence-backed campaign has generated about 63 million impressions, more than 704,000 clicks, more than 91,000 conversions, and an average cost per acquisition of $12.10, which is down 47 percent year over year.

Whether your brand is small, medium, or large, navigating your way up the learning curve to use digital ad tech effectively in a constantly changing landscape can be fraught with rookie mistakes. One potential pitfall is not making it easy to use, whether internally or at franchised locations, says Martha France, marketing director for Vya, a marketing resource management company.

"You buy the technology because you have identified its ability to simplify your marketing, but the technology is so complex that you've just created a new distraction," she says. "Now there's this technical mess, complicated and not well supported, so you have to hire people to be experts at that system. Even if you have someone who says, 'I can do this myself,' what happens when they leave the company or move to another job? You really must understand the amount of administrative support the technology will need."

After all, what's the point of a franchisor investing in a marketing technology that's hard for franchisees to use--especially if you're asking them to pay for some or all of it? "Ease of use for franchisees is critically important," she says. And the more franchisees who use the technology, the more successful it will be.

"You must get buy-in so the technology will be used by the full network of franchisees. It's important for franchisees to see what the technology can do for them, to see that shared vision. For franchisors, that can become a selling point as they try to attract new franchisees," she says. Emphasizing not only the brand's marketing technology, but also its ease of use and strong, reliable technical support can be a competitive advantage.

"As a small business owner with only so many hours in the day, having marketing support that comes easily is really important," she says. "And that marketing technology has to solve problems without technical complications. If it's causing new problems, it's not going to flourish."

Marketing technology also supports strategic development based on the data it can collect. "Sometimes no matter how much you try to anticipate what's needed, there are still things that come up," says France. "You can use technology to track the administrative and creative time needed. You can use it to automate the request on a standard form where you collect all the information you need from the start. Since that whole job is tracked in the system, you can take a more strategic view and say, 'We've had this many requests for the same thing, so let's address this.'"

Cyber-Safety First!: Protecting the Integrity of Your Brand
Sizzle and Steak!: Taking a 60-Year-Old Legacy Brand into the Future
Sponsored
4 Ways Garage Living Leads the Way for Franchisees
Is Your Frandev Tech Working for - or Against - Your Recruitment Goals?
Business Leaders Display a Technology Deficit
Automation Changing the Face of the Restaurant Industry