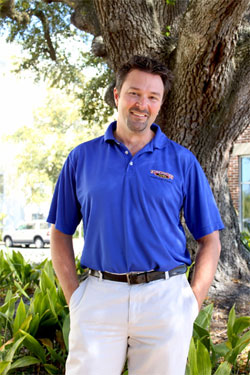 Kevin Hatton is honest enough to admit that when he became an EMT at age 18, he came to the job with no noble or lofty motives. "My reason for becoming an EMT was that I would be able to drive fast and run lights and sirens," says the 39-year-old husband and father. "But I fell in love with it and worked for the Georgetown County, S.C. EMS before they even had 911 service."

Flash forward to 2011 and the Multi-Unit Franchisee magazine MVP Award winner owns five Firehouse Subs restaurants in the Charleston, S.C., area and lives a life that combines both of his passions: helping others and working in the food business.

With a goal of opening 8 to 10 Firehouse Subs, he decided to leave the crowded Myrtle Beach market and move to Charleston, which had no Firehouse Subs. The city, which is recovering well from the recession, has been good for his business and his family, and Hatton has gained a reputation for helping out in the community whenever needed. His work with Firehouse Subs' Public Safety Foundation, founded by franchisors and former firefighters Chris and Robin Sorensen, has set him apart and continued the close relationship between the restaurants and public servants.

A highlight of his career occurred when a piece of equipment purchased by Firehouse Subs for the Mount Pleasant, S.C., fire department was credited with saving the life of a local man. The inspirational story caught the eye of Anderson Cooper of CNN, who sent a reporter to do a story on it. "Here we were actually making a huge impact on this man's life. That's more important to me than anything else we could do," says Hatton.