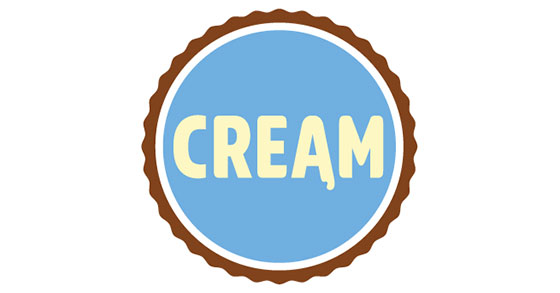 The cold rush is coming to Florida. The Sunshine State will be the location of more than 30 new shops of the San Francisco-based dessert franchise CREAM over the next 7 years. The franchise specializes in premium ice cream sandwiches and other frosty treats.

The new agreement marks CREAM's largest and most significant franchising announcement since launching its franchise opportunity in 2012, and will develop stores starting in South Florida before moving towards West Florida and beyond.

"There's definitely a lot of excitement around the brand," says CREAM president and COO Jim Ryan. "We are very excited to have over 30 units available to entrepreneurs in Florida and to make our East Coast debut."

The initial deal was inked with Armando Martinez Stone, who discovered the brand while participating in his High School DECA program in which participants were given the challenge to outline a plan to improve a company's national and international success. Stone chose CREAM and created a detailed franchise development strategy, where he won first place in the "International Business Plan" competition.

His family, who emigrated from Venezuela so his father could pursue a Ph.D, were enticed by the business plan and Stone's overall passion for the idea. The group plans to open the first three locations in the Miami area, before seeking interested investors to become franchisees and open stores throughout Florida.

There are currently 12 CREAM ("Cookies Rule Everything Around Me") locations currently open and operating in the San Francisco Bay Area, Los Angeles, San Diego, and Nevada. The company plans to have 50 franchises operating nationwide by the end of 2015.

Robeks Corporation
Robeks is the preeminent leader in the juice, smoothie, and bowl category for over 25 years. With over 100 locations open and in development across...
Cash Required:
$100,000
Request Info
Added
Learn More
Cold Stone Creamery
Own one of the world's most beloved ice cream franchises! For nearly 35 years Cold Stone has been the go-to for the Ultimate Ice Cream...
Request Info
Added
Learn More
Share This Page