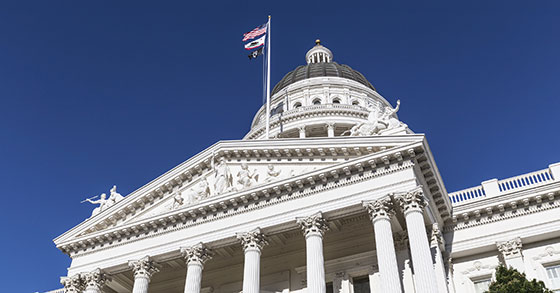 A California franchise bill is threatening the livelihood of the state's franchisees who would face additional and unnecessary regulations if Assembly Bill 525 is passed. The IFA and franchisees in the state are urging lawmakers to oppose the bill.

"The unintended consequences of this bill would dramatically change the franchise relationship between franchisors and franchisees and we have serious concerns about some of the provisions included in the bill, particularly those that introduce vague and ambiguous language into the enforceability of franchise contracts which will ultimately lead to increased, unnecessary and costly litigation," says IFA President & CEO Steve Caldeira, CFE. "The last thing we need is further government intervention into an industry that has proven itself as a steady job creator and bastion of small business ownership throughout the state."

California Governor Jerry Brown vetoed a similar bill, SB 610, last September following an aggressive IFA lobbying effort mounted by California franchisors and franchisees. While proponents have claimed the bill is necessary to rebalance the franchise relationship for franchisees, IFA's Franchisee Forum maintains its opposition to the newly-introduced bill due to its potential to introduce uncertainty into the franchise relationship and lead to costly litigation.

"The franchise relationship is built on the common belief that there is a synergistic common goal of success for both franchisors and franchisees," says Jeffrey Tews, IFA Franchisee Forum chairman and BrightStar Care, BrightStar Senior Living and Mr. Handyman franchisee. "The ability to have as much certainty as possible in that ongoing relationship is of utmost importance for all franchisees. Aspects of this legislation may create significant legal uncertainty for franchisees like me and my franchisor, which could lead to costly litigation. As the chairman of the IFA's Franchisee Forum and on behalf of California's 80,000 franchise businesses, I urge policymakers to reject AB 525 in its current form."

"The franchise business model is a vital component to the fabric of California's improving economy under Governor Jerry Brown and is also crucial to the California consumers who rely on the range of products and services these small business owners offer," says Caldeira. "This bill could potentially damage the reputation of local franchise business owners by reducing their brand standards, thereby affecting consumers who expect a consistent and effective product or service."

"California legislators should work to foster a business environment that facilitates entrepreneurship and growth for local business owners, not inhibit potential growth or give franchise businesses additional trepidation about expanding in a state that is still on an economic comeback," says Caldeira.