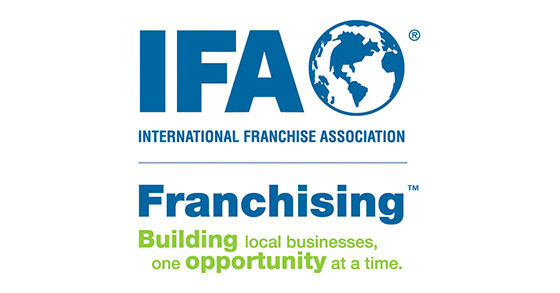 The International Franchise Association (IFA) is speaking up for franchisees and small businesses everywhere in response to new "administrative guidance" from the Department of Labor (DOL). The guidance applies an "economic realities" test to decide whether a worker can be an independent contractor or must instead be classified as an employee. The IFA says the guidance is unnecessarily intrusive and called it yet another in a long list of Obama Administration directives that will make it harder for millions of small businesses to operate and grow.

"Franchise business owners are simply exhausted and frustrated by the Obama Administration's death by a thousand cuts' attempt to transform the workforce and ignore the concerns of the small business community. You simply cannot apply decades-old economic theory from the classroom into the real world that obliterates long-standing precedent. It will clearly stifle job creation and small business ownership opportunities in the franchise industry," said IFA President & CEO Steve Caldeira, CFE.

"The new guidance fundamentally misinterprets how franchising works. Many franchisees use contractors because of the unique nature of their businesses that require flexibility to meet market demands in the industries in which they operate. They should not be forced to change their business model because of some unelected, pro-labor, anti-business bureaucrats in Washington," added Caldeira.

The DOL claims that misclassification is "most common" in construction, housecleaning, in-home care, and trucking. The DOL's so-called "misclassification guidance" in these industry categories alone will impact more than 5.8 million business owners, and nearly 25 million workers, including both their employees and independent contractors, based on analysis of Economic Census data and additional information provided by FRANdata. Franchise businesses, both with employees and those that engage independent contractors, account for 6.8 percent of these businesses. Nearly 83,000 franchise businesses and more than 400,000 workers, both employees and independent contractors, will be impacted by the DOL's "administrative guidance" issued by Wage and Hour Division Administrator David Weil, a Boston University economics professor with no real-world business experience.

The interpretation on contract workers comes just days after the DOL proposed a rule to expand overtime provisions to millions of employees that will now face being transferred from full-time to part-time status.

In addition, the National Labor Relations Board's General Counsel is attempting to expand the joint employer standard to make employers liable for workers they don't employ. Taken together, these directives from the DOL have created an atmosphere of uncertainty for franchise businesses as the federal government continues its aggressive assault to change the definition of both employers and employees to benefit the unions, whose membership has steadily declined from approximately 35 percent in the mid-fifties, to under 7 percent in 2015.

Yes, Franchising Is for the Young!
Site Selection: Other Factors To Consider
Sponsored
Ziggi's Coffee Boasts Innovation through Menu Diversity
Space Is the Place: Breaking Ground is Hard to Do in 2017
Do Your Managers and Employees Love Their Jobs?
Supply Chain Management as a Franchise Sales Tool