Making A Sub For A Good Cause 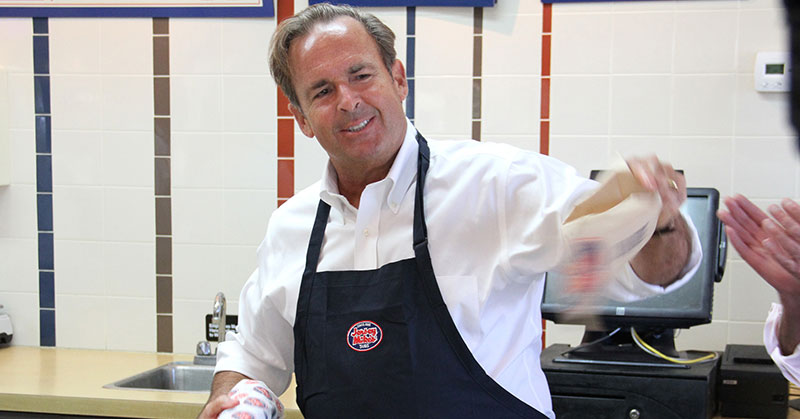 Last week, Jersey Mike's Subs Founder and CEO Peter Cancro fresh sliced a $100,000 sub for No Kid Hungry, an organization committed to ending childhood hunger. It was just another chapter in a brand that believes that making a sub sandwich and making a difference can be one and the same.

Cancro was fulfilling a pledge he made in March while speaking at an industry conference. There, Cancro unexpectedly announced on stage in front of thousands of attendees that he would donate $100,000 to the charity if Tom Nelson, president of No Kid Hungry/Share Our Strength and David Jobe, president of Winsight Events, joined him at the company's Jersey Shore home to make subs.

Following the sub-making lesson, Cancro presented the check. The donation will provide 1 million healthy meals for kids in the U.S.

Rapid Returns: 127 restaurants in 3 years and targeting 1,000!
Is Your Frandev Tech Working for - or Against - Your Recruitment Goals?
Sponsored
The Ziggi's Way - No Franchisee Left Behind
Why the Pet Industry Is a Recession-Resistant Franchise Sector
Autumn and Franchise Development Are in the Air!
Great Customer Experience Brands Outperform - in Any Economy!