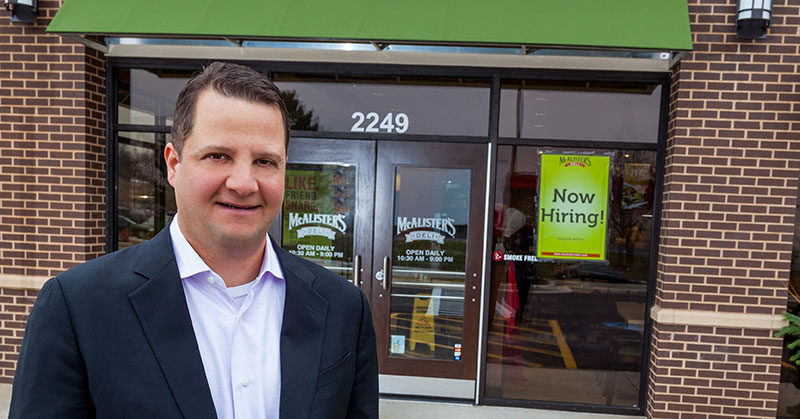 Yaron Goldman grew up in New Orleans cooking all the time and says he dreamed of having his own restaurant one day.

"I have always enjoyed cooking, ever since I was a child," says Goldman, the second largest McAlister's Deli franchisee in the system. "My sister and I use to cook all the time and there is nothing better than serving someone a great meal."

These days, Goldman is dishing up even loftier goals. The chief executive officer of Southern Deli Holdings LLC is at the helm of a strategic growth plan that includes 2016 revenue projection in excess of $100 million and the addition of three more brands in the next 10 years. The franchisee currently operates 59 McAlister Deli restaurants in North and South Carolina, Missouri, Colorado, and Wyoming and three MOD Pizza spots, the made-to-order Seattle-based fast casual pizza chain.

Goldman has been with McAlister's since 1996, when he took a job as a sandwich maker to earn extra cash, while studying at the University of Alabama. Three months later, Goldman was tapped fulltime to manage the Tuscaloosa restaurant.

"I just loved the job from day one," says Goldman, who earned his MBA at the University of North Carolina at Charlotte. "I had always worked, but never looked forward to coming to work until I got that job."

Goldman ultimately partnered with the folks that hired him to open his first McAlister's Deli in Charlotte, North Carolina in 1999 as part of an area development agreement. Goldman's aim is now focused on growing the company's portfolio in size and brands and empowering his team system-wide.

"In my experience if employees are allowed to make decisions, they usually will make the right ones," Goldman says. "In the instances where I have tried to micro manage the business, it always seems to backfire. Generally people will do the right thing when given the opportunity."

While Goldman will only say the company has "a few brands targeted," SDH is seeking franchises with a matching corporate culture, quality product "that my own family would eat," a brand that also owns and operates a significant number of units. Goldman looks for a 25 to 30 percent capitalized return for each unit the franchisee opens. In the end, it is about unit economics.

"The store level P&L is where everything happens," says Goldman. "I don't believe you can add new units just to spread overhead costs. The store level EBTIDA has to be worth the investment."