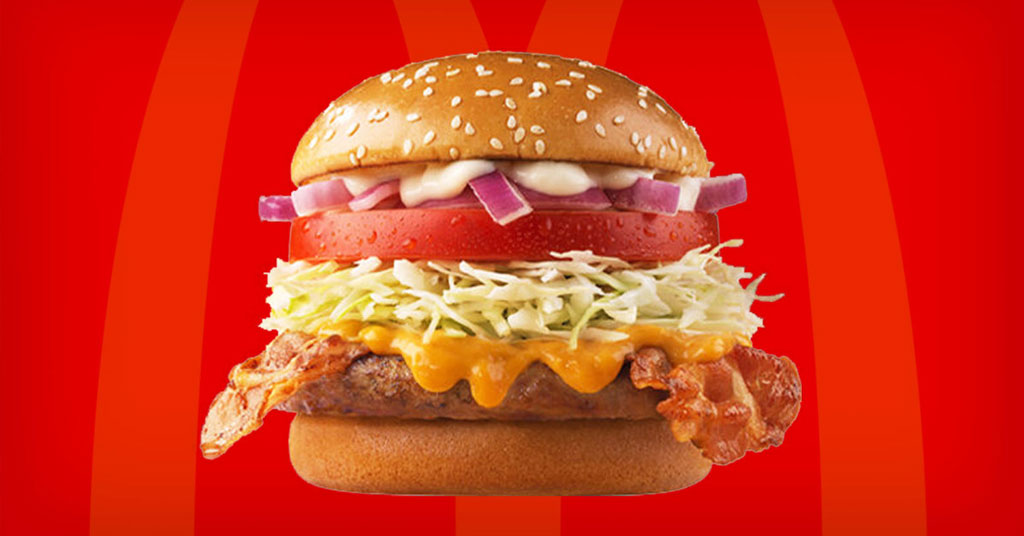 In a recent twist on local product customization by international food brands, U.S. franchising giant McDonald’s has added a new burger to its menu in South Korea. The burger is launching as part of the brand’s Taste of Korea promotion.

The Boseong Green Tea Pork Burger is made with a 113-gram Boseong nokdon pork patty, bacon, spicy cheese sauce, red onions, mayonnaise, and Korean cabbage. The LTO burger, offered since June 30, can be found only at McDonald’s locations in South Korea for a suggested price of 6,300 South Korean won (about US$4.81).

Boseong nokdon is a special type of pork made from pigs fed fermented green tea as a way to minimize grease and odor. Boseong is a county in South Korea known for its green tea fields. Despite the name of the new burger, no green tea is actually in the burger.

Previously, in Hawaii, McDonald’s localized its menu by adding haupia pie, a dessert with sugar, coconut milk, and pia filling.

Other examples of U.S. brands offering product localization include Domino’s Pizza in India offering ground lamb and onion (keema do pyaza) as a topping option; KFC locations in China selling seasonal vegetables such as bamboo shoots and lotus roots; and Dunkin’ in South Korea adding kimchi-filled croquettes and rice doughnuts to its menu.

For more details on Boeseong pork, see this EconoTimes article.