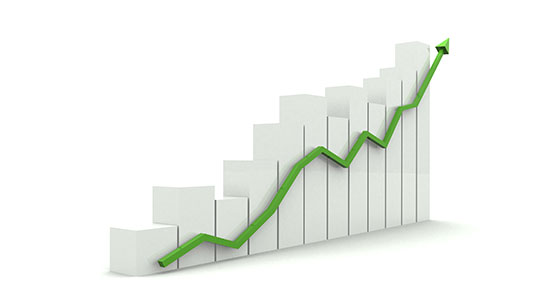 ADP's first National Franchise Report: Two Year Review emphasizes that the franchise industry remains strong, despite headwinds. The report analyzed two years of data about job creation and economic output generated by the franchising industry. In its analysis, ADP found that since the financial crisis of 2008, small companies such as franchisees (with 1-49 employees) increased employment at a faster rate than mid- or large-size companies. In addition, the growth in U.S. franchise employment consistently outpaced the increase in employment nationally and among other types of small businesses.

Ahu Yildirmaz, vice president and head of ADP's Research Institute, said, "Franchises have had a consistent rate of job creation over the past two years. Over the same time period, franchise market growth has outpaced total employment in the U.S."

At the same press event, IFA Educational Foundation President John Reynolds gave highlights of the mid-year Franchise Business Economic Forecast, prepared by IHS Economics for the IFA Educational Foundation. Reynolds stated that franchise businesses are a major driver in the U.S. economic recovery, with above par contributions to GDP and job creation compared to other businesses. He added that there are hundreds of new brands that have started franchising in recent years that are creating opportunities for business ownership and jobs for many Americans. "Many people who begin their first job at a franchise business go on to work in management or owning their own franchises," he said.

For more on the National Franchise Report, click here and click here for information about the Franchise Business Economic Forecast.

Rapid Returns: 127 restaurants in 3 years and targeting 1,000!
Is Your Frandev Tech Working for - or Against - Your Recruitment Goals?
Sponsored
MY SALON Suite Pursues Continued Franchise Growth as the Brand Reaches...
Why the Pet Industry Is a Recession-Resistant Franchise Sector
Great Customer Experience Brands Outperform - in Any Economy!
Service Brands Continue To Expand in November

The Joint Corp.
The Joint® Chiropractic is reinventing chiropractic care. Our vision is to become the largest, most respected provider of chiropractic services...
Cash Required:
$100,000
Request Info
Added
Learn More
The Human Bean
Our commitment to developing the best drive-thru espresso led us to franchising. Unlike nearly all other franchises, we do not charge...
Cash Required:
$100,000
Request Info
Added
Learn More
Share This Page