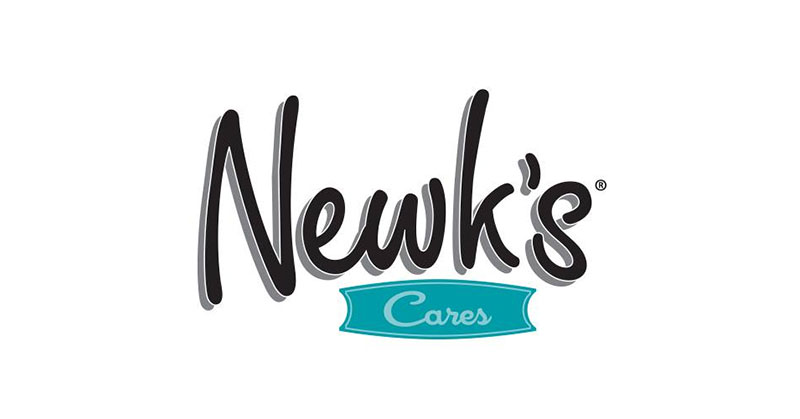 With one in 70 women facing ovarian cancer, Newk's Eatery is shining a spotlight on this relatively silent killer by turning up the volume on its growing "Newk's Cares" initiative, which includes permanent changes within the brand to further support the cause. Following a tremendous community response last year, the ongoing ovarian cancer awareness campaign will be re-surging across Newk's more than 80 restaurants throughout the months of August and September to spark awareness and raise needed support for cure research, along with a second-annual Ovarian Cycle Jackson fundraising event.

In honor of Ovarian Cancer Awareness Month in September, Newk's is going teal--the color adopted by the global ovarian cancer awareness movement-- switching out Newk's signature black cups for teal ones, as well as permanently replacing the brand's traditional red straws with teal straws. Newk's is also making its stand against ovarian cancer an enduring one by unveiling "Newk's Cares" water bottles. With 10? from every water bottle sold year-round being donated to Ovarian Cancer Research Fund diners have a chance to join the stand against ovarian cancer 365 days a year.

"Through Newk's Cares, we've been able to connect with guests on a much deeper level, and the countless number of stories and pledges of support we've received are testament that Newk's Cares is speaking to a significant need in our community," says Alan Wright, Newk's Vice President of Marketing and Franchise Operations.

Each year, 200,000 women worldwide are diagnosed with ovarian cancer-- a statistic that hits particularly close to home for Newk's Eatery CEO Chris Newcomb and his wife Lori, whose personal battle with the disease began in 2013 and inspired the Newk's Cares movement. With a 90 percent survival rate at early detection, the Newcombs have made educating women of ovarian cancer's symptoms a top priority.

Newk's will be joining forces with St. Dominic Hospital to host a free Newk's-catered lunch-and-learn event on August 27 in Newk's home base of Jackson, Miss. The event will be followed by the second annual Ovarian Cycle Jackson spin celebration on September 17 where wheels will be spinning from 8:30 a.m. to 2 p.m. as community members are invited to pedal their way to a cure. Having raised more than $120,000 for Ovarian Cancer Research Fund at last year's event, Newk's is increasing this year's goal to $150,000.

Yum! Brands To Cut Greenhouse Gas Emissions By Nearly 50% By 2030
Driving by Data - Manage with Metrics for Recruitment Success
Sponsored
Speed Growth By Strategic Streamlining Of Sales Process
How Covid-19 Proved the Strength of Christian Brothers Automotive's...
Strategic Planning Is The Compass For Your Business
NPC International's Restructuring Offers Leases For 163 Pizza Hut Sites In...