No More "Millennials"?: Taking a Deeper Dive Into this Group 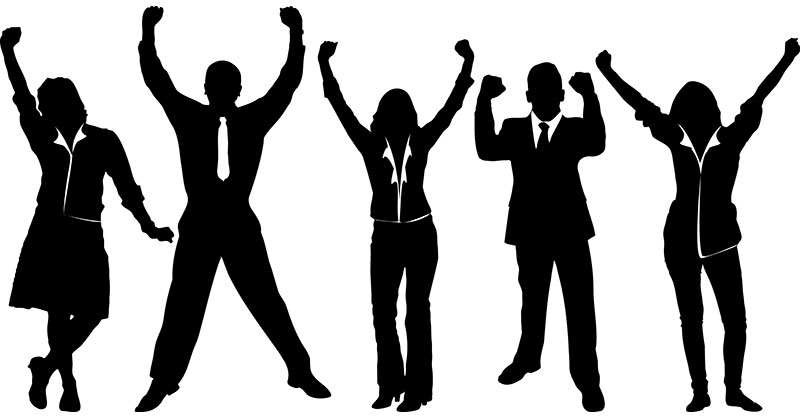 Millennials. You are likely tired of reading about them but you can't stop, because with 60 million Americans in this generation, they're too big to ignore. This group probably makes up the majority of your customers, employees, and potential franchisees.

Technically, we at Santy define Millennials as those born between the years of 1982 and 2004. Even at their massive reported scale, as a group they have begun to seem larger, haven't they? It's almost like they're all around you.

Here's why. As with any influential group, their behaviors have been adopted by older and younger people, and some of their actions have been given a bad rap for having caught on. The examples to follow come from a 2015 Elite Daily study on Millennial consumers. Some of these may sound familiar--and not just with Millennials.

1. They are using multiple devices.

Nearly 9 in 10 (87 percent) of Millennials polled in the study use between two and three tech devices on a daily basis. But I'm sure your older customers don't do this. No one over 35 has a smartphone, a tablet, and a laptop. Or even just two of those. And it's only Millennials switching between those devices throughout the day, right? Obviously, we have all become multiple device users and have our own usage patterns based on tasks and entertainment, as well as location.

What does this mean for your business? Reaching consumers with a consistent marketing message takes much more thought today. And keeping the attention of staff may be harder than ever as they continue to look down at their phones. For marketing or internal communications you'll need to identify platforms that provide flexibility across devices to make sure your (a) prospective customers can find you on the device of their choice, and (b) your staff can communicate as reliably as is needed.

2. They (claim they) aren't influenced by advertising.

Only 1 percent in the poll said an ad leads them to trust a brand more. They skip TV ads and don't click banners. Surely this behavior is exclusive to people born between '82 and '04. Gen Xers (the tribe to which I belong) were harshly critiqued when they came of age for being aloof and cynical. We invented claiming to not be influenced by advertising. No youngster is taking that from me!

What does this mean for your business? Reaching people is getting harder and harder, whether you're selling product or recruiting staff. This is especially true when combined with the effects of point number one. People's attention is always divided today, so make sure you get your point across. You'll need to be focused on producing messages that are compelling through intriguing creative--or, more likely, by being relevant. Capitalize on the micro-moments that consumers are willing to spend with your company during that brief time they seek you out.

One third (33 percent) of the Millennials in the study named blogs as their most influential source of pre-purchase information. That number actually seems low to me. And I'm thinking anecdotally about the Boomers in my life who don't have a meal that doesn't begin with a visit to Yelp.

What does this mean for your business? Your current and potential customers are reading reviews about you all the time, on review sites like Yelp or blogs, or in micro-posts on Twitter and Facebook. This is another pastime that has become extremely pervasive for people of all ages. And guess what? Your potential employees are reading about the way you run your business on sites like Glassdoor. Regardless of age, it's time to recognize that we are in the age of transparency, and the best way to succeed in reputation management is to provide great experiences for your customers and staff and to improve on your mistakes.

Our team at Santy has moved our focus from "Millennials" to a deeper understanding of segments inside large demographic groups. They can be divided any number of ways, based on interests or beliefs. The most basic division is what we refer to as "life stages." A single 32-year-old in a city center will have different motivations than another "Millennial" who happens to be a married homeowner living in a suburb of that same city.

Yes, Millennials are a large and influential group of consumers and workers. Their influence has already altered the behavior of the U.S. Now it's time to focus on the behaviors and stop focusing on the age.

Adam Pierno, director of brand strategy and planning at Santy, unearths Millennial insights at the convergence of media, technology, and the marketplace. These insights lead to positive and revenue-enhancing change for clients. Contact him at apierno@santy.com or 480-710-

7 Steps To Recession-Proof Your Business
"The Ultimate Guide to Retail in 2023" Looks Ahead to Trends, Offers Tips
Sponsored
Top Dog
Unit-Level Economics for Franchise Businesses
Using SMS To Drive Customer Loyalty & Retention
Building and Communicating Your Franchise's Identity and Brand