Suited to the C-Suite 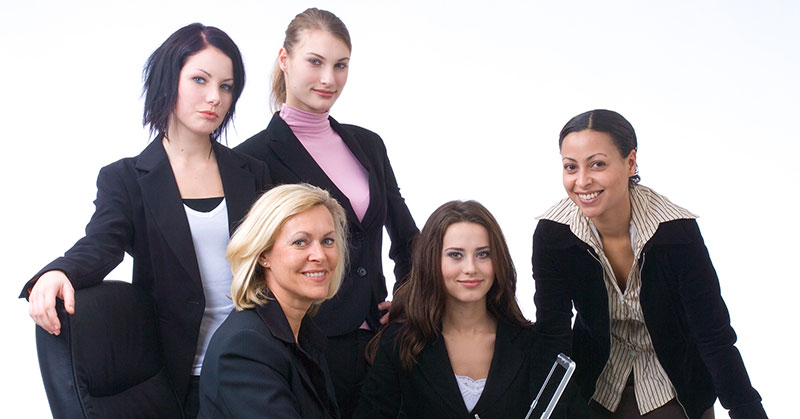 What a wonderful world of women we've found for our 4th Annual Women's issue!

In the three previous issues we featured presidents, CEOs, and founders. But as all great leaders know, it's the leadership team that makes the business world go round. So this year we set our focus on "C-Suite Women" who are not presidents, CEOs, or founders.

And, suffice it to say, we didn't get 'em all. Our list on page 18 contains additional female franchise leaders beyond those we've profiled in the following pages.

Despite the impressive group we've gathered, it should come as no surprise that women are still under-represented in the C-suites and boardrooms of America. A recent study from Equilar found women in just slightly more than 15 percent of all director seats at publicly traded U.S. companies in 2015. While that number is up from 14 percent a year earlier and 12 percent in 2013, the study predicts it will take nearly 40 more years, until 2055, for women and men to share board seats equally--unless the trend toward more women on boards accelerates, something we hope to contribute to with our annual Women's Issue.

On page 20, following the profiles, we feature a story in which we asked eight other female franchise leaders for words of inspiration and practical advice for women seeking to rise to the C-suite. That story also includes a table from FRANdata showing the percentages of women in franchising occupying C-suite and boardroom positions.

But, as the saying goes, beware of what you wish for. Even when women do get into leadership positions, they tend to be subject to harsher criticism than males, especially when company performance goes south--at least in the eyes of the media. A new analysis from the Rockefeller Foundation and Global Strategy reported that nearly 80 percent of digital and print media stories about troubled companies name the CEO as the source of blame when its leader was a woman--compared with just 31 percent assigning blame to a male CEO at companies in similar situations. "Women are still a rarity at the top and they get more attention when they fail," said Judith Rodin, president of the Rockefeller Foundation.

In 2017, as the number of women in leadership positions continue its steady climb, unfortunately the old saying that a woman has to be twice as good as a man in the same position still holds true in too many parts of today's world. Yet despite the regrettably slow pace of change, there's another saying to remember: "The times they are a-changin'."

New Book: "Franchising Strategies - The Entrepreneur's Guide To Success"
How Express Employment Professionals Works with Franchise Brokers
Sponsored
Cicis Pizza Preps for Growth with Fresh New Approach
Just Getting Started? Sound Advice for Emerging Franchisors
Founders: When Is the Right Time To Franchise - and How Do You Know?
Finding the Right Spot for a Franchise is an Artful Science