Wages On The Rise 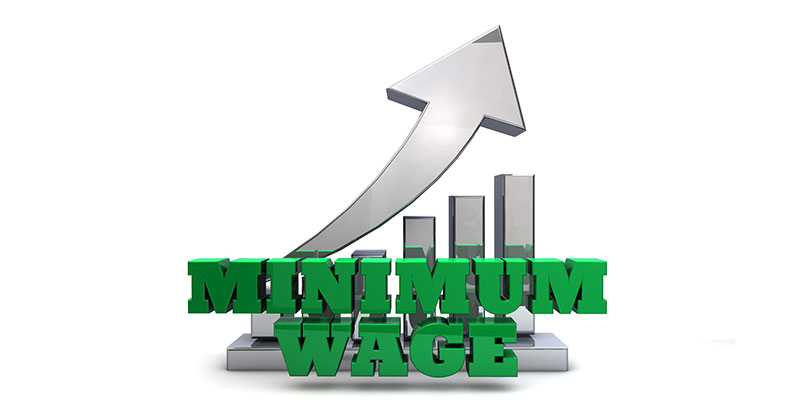 Minimum wage increase efforts are sweeping across the country and the impacts will likely reach far and wide for franchisees of every stripe. But some of them say there are more reasonable ways to go about it than what the government is proposing.

"I'm not opposed to raising wages, but how you do it is more what I'm worried about," says Gary Robins, a Supercuts franchisee with 51 salons and 400 employees. Raising the minimum wage significantly in one fell swoop, from the federal minimum of $7.25 to $15 an hour, for example, is what raises the ire of employers, who suddenly find their labor costs more than doubling at the turn of the calendar.

The push for large hikes in to minimum wages across the country "will be more detrimental than people think," he says. "There's no way to do that." Robins favors a phased-in approach as a more sensible route to addressing income inequality, while allowing employers a longer window to adjust without having to lay off workers. Massachusetts, for example, phased in its 2017 minimum wage of $11/hour over three years, boosting it to $9 in 2015 and $10 in 2016.

"A higher minimum wage is technology's best friend," says Zane Tankel, CEO and chair of Apple-Metro, which operates 36 Applebee's and two Pizza Studios in and around New York City. "As wages go up, people just replace that wage with technology." In fact, as it's becoming increasingly clear, the more the minimum wage rises for unskilled, entry-level workers, the more businesses will turn to technology. Examples include online ordering, in-store kiosks and tabletop ordering with tablets--even hamburger-making machines.

In New York over the past year, faced with a wage hike for tipped workers to $7.50/hour as of December 31 (increasing to $10/hour by the end of 2018), Tankel was forced to reduce his workforce from more than 3,500 to about 3,000. He tried to do it through attrition, but there were layoffs. "It breaks my heart to get rid of anybody. We're very people-oriented," he says.

"What's happening is that labor is being taken out of practically everything we do," says John Metz. "Jobs are getting eliminated. Hopefully we will find new jobs." As a franchisee, Metz has 40 Denny's with 2 more in construction, 1 Dairy Queen, and 1 Marriott Residence Inn; and as a franchisor about 75 Hurricane Grill & Wings (6 corporate), plus his new fast casual brand Hurricane BTW.

Yes, Franchising Is for the Young!
Site Selection: Other Factors To Consider
Sponsored
Top 5 Reasons to Franchise with Buddy's Home Furnishings
Space Is the Place: Breaking Ground is Hard to Do in 2017
Do Your Managers and Employees Love Their Jobs?
Supply Chain Management as a Franchise Sales Tool