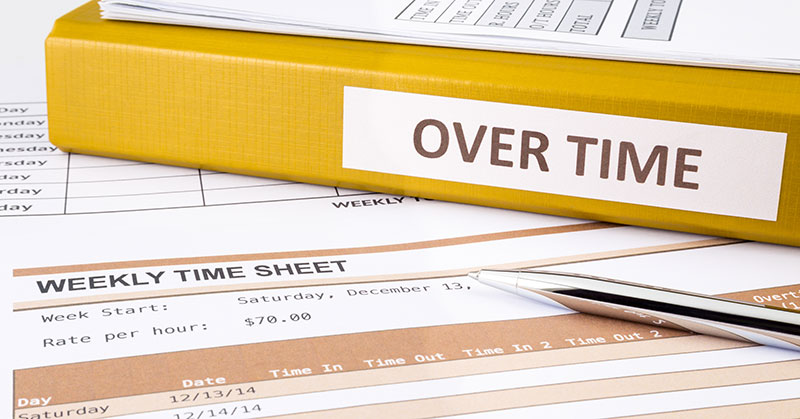 The U.S. Department of Labor's new overtime law will force thousands of employers to shift the pay status of their employees from salaried to hourly and diminish their quality of work life, says the International Franchise Association (IFA). The group has previously expressed its concerns in comments to Department of Labor and meetings with Office of Management and Budget.

"Far from 'giving America a raise,' the new overtime rule will compel many franchise businesses to reduce their managers' take-home pay simply to comply with the extreme new salary level," said IFA President & CEO Robert Cresanti, CFE. "The rule is unfair to employees who will need to be reclassified from exempt to non-exempt, and thus effectively demoted. The Administration irresponsibly failed to conduct any economic analysts of this rule's impact on myriad stakeholders and millions of employees will experience reduced take-home pay, opportunity and flexibility in the workplace as a consequence of the Administration's actions."

Under the new rule, the Obama Administration has more than doubled the current threshold for overtime pay for workers working more than 40 hours per week from $23,660 to $47,476, which far exceeds the highest state minimum salary threshold in California of $41,600.

Since the DOL proposed the rule in June 2015, the IFA called on the Administration both in September 2015 comments and during an April 2016 meeting with the Office of Management and Budget to significantly lower the salary threshold, offer small businesses more time to adapt to the regulation, and greatly delay the effective date to at least two years. The group believes the Administration did none of these things.

"Franchising is a unique business model that provides working Americans the chance to operate and own a small business, yet government regulations like the new overtime rule are continuously jeopardizing this ladder of opportunity and stripping away employees ability to negotiate their future," said Cresanti.

The IFA says, as a leadership member of the Partnership to Protect Workplace Opportunity (PPWO), it will continue to advocate for a more appropriate salary threshold. PPWO is a group of over 80 employer organizations representing the broad employer community's, created in response to the proposed overtime rule changes.