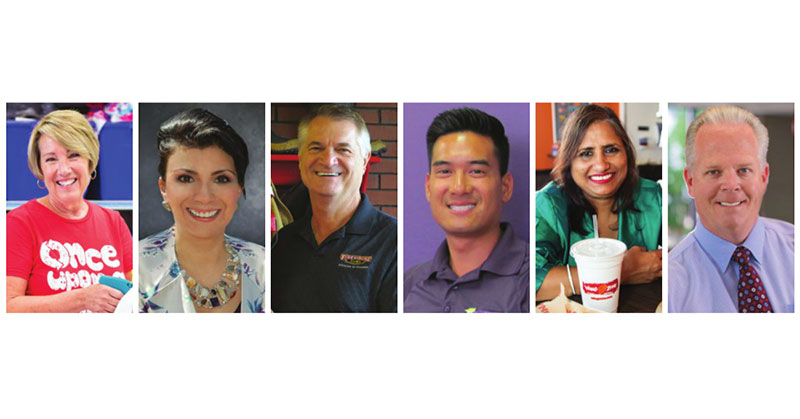 These franchisees "own" their markets

Some people are born with a deep desire to win. They are passionate, determined, aggressive, and persistent. We've come to label these multi-unit franchisees "Dominators." Some have many locations concentrated in one area, while others have units--and brands--spread across many states.

We interviewed six such Dominators to learn what drives them, what motivates them, and what satisfies them. Each has traced a different path to success, but all are characterized by dedication, hard work, and a never-say-die attitude, no matter what challenges come their way--and each story ends at the same place: success.

This year we introduce four new Dominators and have reconnected with two from previous issues. Their stories offer both insight and inspiration for franchisees seeking to replicate their success with their own brands, in their own markets.

This Dominators issue also includes our annual list of U.S. DMAs with the most franchised units, as well as the dominant franchisee organizations in each state and region. FRANdata provided the numbers.