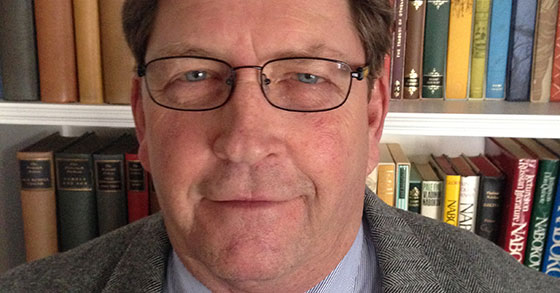 Chris Moore, a multi-unit Watermill Express franchisee, is in the enviable position of knowing exactly who his customers are, what they want, and why--and where--they want it. This has allowed him not only to become a successful franchisee with 92 water purification vending kiosks across the Houston area, but also to contribute to the community in an unusual way.

"Our freestanding structures, often in the middle of a parking lot at a shopping center, allow people to get purified water gallons at a time and 24 hours a day. This works especially well in Sun Belt states, like Texas, Florida, and California," he says.

"Our primary customer is a person from another country who didn't trust the water system where they grew up and so always had to drink purified water. When that person comes to the U.S. and tastes the tap water, they think they've been poisoned. They can't stand chlorinated water because their palate has been developed drinking clean, pure water. That's what they drink and cook with and make coffee with, and that's what they'll seek out here."

His customers, often lower- to middle-class, he says, "don't want to buy a bottle of Aquafina for 99 cents or pay a dollar for a gallon of water when we're out there selling water for 35 cents a gallon." Since customers often reuse their own containers, there's also a green aspect to the business, he adds.

Moore, who started with Watermill in 1992, has been impressed with the work of Neighborhood Centers Inc., the largest charitable organization in Texas, which for more than 100 years has been active in community-building in the Houston area. Among its many activities, the nonprofit provides citizenship, civics, and language classes to immigrants at nearly 60 service sites to help them adapt in their new country.

"We've created a bigger presence with money, having made $100,000 in direct contributions to the centers in Houston, which is a major gateway to the U.S. with large pockets of Asians, Africans, and Hispanics," he says. "We sponsor a jillion sports teams and also supply water or personnel at health fairs and trade shows all over the area. It's a way of giving. Yes, we're promoting our product, but we're doing more than that. We're embedding ourselves into their neighborhoods and helping them to assimilate into the community. We respect them, and they respect us."

Moore shares the market with founding franchisors Lani and Don Dolifka, whom he describes as "driven and committed to providing a clean, affordable product to customers."

Choosing locations is vitally important, says. Moore. "We typically want to go where our people shop. We don't own any sites--we have simple ground leases for 250 square feet in the parking lot. We pull our own utilities. We'd love to get into a grocery store or more high-traffic strip centers."

From Father to Sons: Building a business for the next generation
Rising Tide (Cleaners) "If your dream doesn't scare you, it's not big...
Sponsored
The Vitamin Shoppe® Wraps Its Best Quarter Yet
How Multi-Unit Franchisees Are Solving Their Employment Challenges
Franchise Leaders Rank Their Greatest Challenges for 2023
5 Trends That Will Shape Employee Work-Life Balance in 2023