Claiming Your Share: Popeyes' Turnaround In A No-Growth World 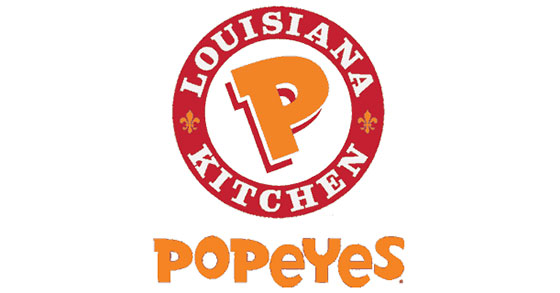 Growing franchisee profitability usually requires growing the top line, as well as controlling costs. With no rising economic tide to lift all boats, the way to grow sales is to take share from the competition.

But you can increase your share by being different, better, and more desirable to customers. To put a finer point on that growth formula, it looks like this:

Unique offerings + marketing and design that distinguish the brand + guest-focused operations = a growing brand that creates legions of loyalists and generates great wealth.

Your franchisees' sales and profits would explode if they could win away from competitors just one more visit per customer per month. When your brand attracts more customers more frequently, you are creating a growth company. That can happen even in a no-growth economy.

Take Popeyes, for example. Founded in 1972. Bankrupt In 1992. Now, 22 years later, the company is not just profitable, it's the fastest-growing brand in its segment. Popeyes now has more than 2,225 operating restaurants globally, making it the world's second-largest QSR chicken concept based on number of units. "Popeyes' momentum continued to accelerate in 2013," says CEO Cheryl Bachelder. "Our market share of the domestic chicken QSR category grew to 20.8 percent." In 2008 that number was 14.8 percent.

That's quite a turnaround. Especially considering the poor financial conditions from 2008-2013, including the worst recession since the Great Depression. In this no-growth world, how did a 40-year-old brand in decline suddenly break out as a growth company?

In 2008, Popeyes Chicken and Biscuits began re-branding itself as Popeyes Louisiana Kitchen. Four initiatives contributed most to the success of the new Popeyes and have the company on a sustainable growth path.

First, Popeyes strives for guest-focused operational excellence. By measuring the guest experience every day in every location, Popeyes knows where "excellence" matters most to customers. Then operators follow disciplined routines that keep attention and effort focused there. Says Bachelder, "Looking forward, we will continue to invest in building leader capabilities to support our ambition of becoming a best-in-class employer, consistently delivering superior service to our guests."

Next, Popeyes made sure their current customers--and potential customers--heard about what's cooking at Popeyes. They increased advertising dramatically, making the leap from local marketing to national media. Popeyes' ad awareness has risen from 14 percent in 2008 to 24 percent last year. In 2009, Popeyes introduced "Annie the Chicken Queen" played by actress Deidrie Henry, to pitch the new food offerings and explain why and how Popeyes' food was authentic and better. "Annie" is a feisty chef with real passion for the "Louisiana Kitchen." Not your average QSR positioning.

During Popeyes' recent growth, the Great Recession shrank Americans' wealth to 1992 levels and incomes to 1996 levels, adjusted for inflation. Yet they created a growth company in a no-growth world. So can you.

Tiered Royalties? Linking Support To A Brand's Performance
Economic Slowdown Ahead? Prepare for a Downturn, Starting Now
Sponsored
Huckleberry's Breakfast & Lunch Ready to Dish Out Hearty Franchise...
Pick a Winner!: Evaluating New Unit Growth Potential
Are Your Prepared for A Market Stall?
Inflationary Times Ahead: Yet Franchises are Well-Positioned to Prosper

The Only All-In-One Reputation Management Solution. Consumer Fusion works with you to keep your reviews honest. Review Requests Get New Authentic...
Learn More
Share This Page