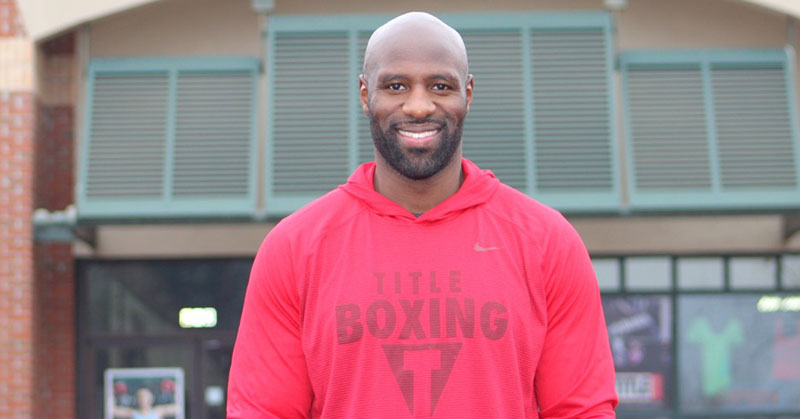 Bryan Scott spent a decade in the NFL backing up his defensive line. But when his playing time began to wind down he got prepared for life after football.

These days, the successful franchisee has two things on his mind: 1) building a successful chain of Title Boxing Club franchises in the Atlanta area, and 2) overseeing the company he co-owns, Noene USA, which sells a line of high-tech, ultra shock-absorbing insoles. Based on his track record, he'll be just fine.

Scott was a second round draft pick of the Atlanta Falcons in 2003. He spent the next decade in the NFL playing defensive back and linebacker for the Falcons, New Orleans Saints, and Tennessee Titans before winding up his NFL career with the Buffalo Bills. Like most athletes who reach the professional level, he says he loved it and was honored to play successfully for so many years.

Following his retirement in 2013, Scott was eager to begin his business career. "Football is not a career, it's a job," the 34-year-old likes to say. "The fundamentals of success are the same no matter what field you work in," he says. "Hard work and dedication will get you where you want to go."

One of his relatives had a chance encounter with the European president of the Swiss company that makes the Noene insoles. One thing led to another and Scott became Noene's U.S. distributor. If any of this sounds familiar, you may recall seeing him on TV's "Shark Tank," where he was offered $200,000 by Mark Cuban and Daymond John for a 30 percent stake in the company. He accepted.

Scott, who wanted to continue his involvement in the fitness arena, discovered Title Boxing at an NFL Networking Event. "I had been in sports all my life and just knew I wanted to stay in the fitness world, and thought I could help others who were interested in fitness too," he says. The brand's centers offer total body boxing and kickboxing fitness workouts that energize, strengthen, and challenge members. "I thought this might be a good fit for me, and there was an existing franchisee in Atlanta who was looking to sell his two units," Scott says of his locations in Alpharetta and Johns Creek.

Scott took the keys to the clubs in December 2014 and has been busy learning the ropes and building his business ever since. And he's in his clubs daily. "I've got about 10 part-time employees at each location, and I am actively involved teaching classes myself," he says. His two locations currently have more than 250 members. His agreement with the brand calls for 5 more locations in the Atlanta area.

Like most successful people, Scott believes it's important to give back to his community. He also is a self-taught musician who has always loved music and plays several instruments. He parlayed those two interests into founding the nonprofit "Pick Your Passion" Foundation for the Arts, which encourages underserved children to participate in the visual, culinary, and performing arts.

When all is said and done, Scott finds a deeper meaning to what his business is really all about. "Title Boxing Club is more than just helping people get back into an old pair of jeans or develop a six-pack," he says. "It's more about transforming lives by creating a healthy and sustaining lifestyle."

Survey Says Guests Will Crave Connection, Value, and Convenience in 2023
The Power of Belief: Breaking barriers, building success
Sponsored
Best Practices for Higher Ticket Sales
Getting to Know One Another Beyond the Dollars and Cents
Autumn and Franchise Development Are in the Air!
Rapid Returns: 127 restaurants in 3 years and targeting 1,000!

Elements Massage
When simplicity is the essence of your business model, clients and owners benefit. Clients want a predictably wonderful experience with every visit....
Cash Required:
$100,000
Request Info
Added
Learn More
Nautical Bowls
At Nautical Bowls, we combine healthy, fresh superfood bowls with an uplifting atmosphere, giving you energy to life a full life! Our goal is to...
Cash Required:
$100,000
Learn More
Share This Page