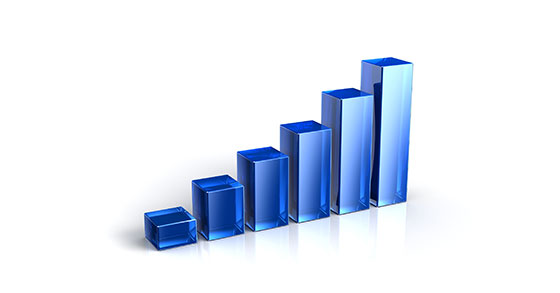 Franchising businesses continue to outpace the rest of the economy, according to the mid-year forecast update of The Franchise Business Economic Outlook: 2015. The report released last week by the International Franchise Association Educational Foundation and IHS Economics, finds franchising remains on track to outperform the U.S. economy for the fifth consecutive year.

While the forecast of U.S. GDP has been revised downward and now shows growth of only 3.4 percent increase in nominal dollars in 2015 for the overall economy, IHS expects the Gross Domestic Product of the franchise sector in nominal dollars to increase by 5.2 percent to $521 billion in 2015.

While the outlook is positive, IHS economist James Gillula cautioned that recent, proposed workforce policy actions by the National Labor Relations Board (NLRB) concerning the "joint employer" status of franchisors and franchisees has created a "cloud of uncertainty which could impede future growth."

"The NLRB is without question trying to implement a politically-motivated strategy supported by organized labor to break the franchise model by expanding the current definition of what constitutes a joint employer in the National Labor Relations Act. The current definition of joint employer has stood the test of time through both Democratic and Republican administrations for decades," said Caldeira.

"Local franchise business owners, not franchisors, are in charge of their own workplace practices, including setting wages, hours, and employee work schedules. The needless doubt created by the NLRB could slow franchising growth, job creation, and small business ownership opportunities, which in turn would hurt the rest of the still-struggling, fragile economic recovery," said Caldeira.

The outlook for individual franchise business lines has been revised slightly since the March forecast by IHS, but the top-line forecast for the franchise sector in 2015 has changed little. Key findings from the business outlook released today include:

Survey Says Guests Will Crave Connection, Value, and Convenience in 2023
The Power of Belief: Breaking barriers, building success
Sponsored
Vitality Bowls Ramps Up Multi-Unit Franchise Expansion
Getting to Know One Another Beyond the Dollars and Cents
Autumn and Franchise Development Are in the Air!
Rapid Returns: 127 restaurants in 3 years and targeting 1,000!

Massage Heights
Massage Heights is a passion brand, a lifestyle brand, and a spa franchise brand that truly helps people live their best lives by encouraging them to...
Cash Required:
$175,000
Request Info
Added
Learn More
Ace Hardware
Ace is #1 for convenience hardware! You pay no royalty fees. Instead, Ace pays you a year-end rebate based on your annual purchases. Enjoy the...
Cash Required:
$250,000
Learn More
Share This Page