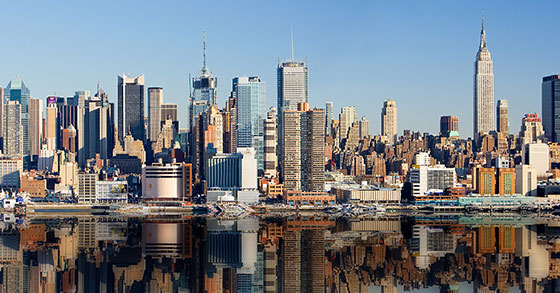 The Coalition to Save New York Restaurants is a brand new organization that joins the International Franchise Association (IFA), the National Restaurant Association (NRA), and the New York State Restaurant Association (NYSRA) in a concerted effort to fight discriminatory and mandated wage hikes throughout the state. A statement issued during the recent IFE Convention in New York says the Coalition was established to combat discrimination against the quick-service food industry in New York State, which is considering mandating a minimum wage increase for quick-serve food restaurants only.

"The Coalition to Save New York Restaurants will aggressively fight Governor Cuomo's politically-motivated decision to discriminate against local franchise small business owners for a wage hike, simply to satisfy the request of the Service Employees International Union (SEIU)," said IFA President & CEO Steve Caldeira, CFE. "The governor should heed the common-sense example of Mayor Emanuel of Chicago who listened to small business franchisees' concerns about unfair treatment and acknowledged that they face the same challenges as other independent, small businesses. If Governor Cuomo wishes to advance a wage increase, it should cover all of New York's businesses, not just a select few."

In testimony submitted to the New York State Fast Food Wage Board, IFA argued that applying a new mandatory minimum wage increase to a narrow group of businesses would be "an ill-advised policy that significantly interferes with market forces." Furthermore, IFA argued, it could violate the U.S. Constitution and Commerce Clause. The testimony reads in part, "This differential minimum wage requirement based solely on whether a small business affiliates with an interstate franchise network is tantamount to a tariff on interstate commerce."

IFA also outlined the economic consequences of a mandatory wage hike for quick-service restaurants only. According to an extensive survey of quick-service restaurant owners released this month by the Employment Policies Institute (EPI), 84 percent of these establishments employ 50 or fewer workers and 81 percent earn profits of 4 percent or less in annual revenues. These are not large national corporations but small, locally-owned businesses. The EPI survey found that a mandatory wage increase would force these small business owners to increase prices for consumers and reduce hours for workers. Nearly half of those surveyed, 43 percent, said they would be somewhat likely to close their restaurant in response to a mandatory $15 minimum wage.

"Once again, the hard-working people the politicians and labor unions say they want to help would be most negatively impacted by a mandatory minimum wage increase for quick-service restaurants," said Caldeira. "A wage increase that results in job losses and small business ownership is self-defeating and unnecessary, and clearly the Governor should understand this."

From Father to Sons: Building a business for the next generation
Rising Tide (Cleaners) "If your dream doesn't scare you, it's not big...
Sponsored
Best Practices for Higher Ticket Sales
How Multi-Unit Franchisees Are Solving Their Employment Challenges
Franchise Leaders Rank Their Greatest Challenges for 2023
5 Trends That Will Shape Employee Work-Life Balance in 2023