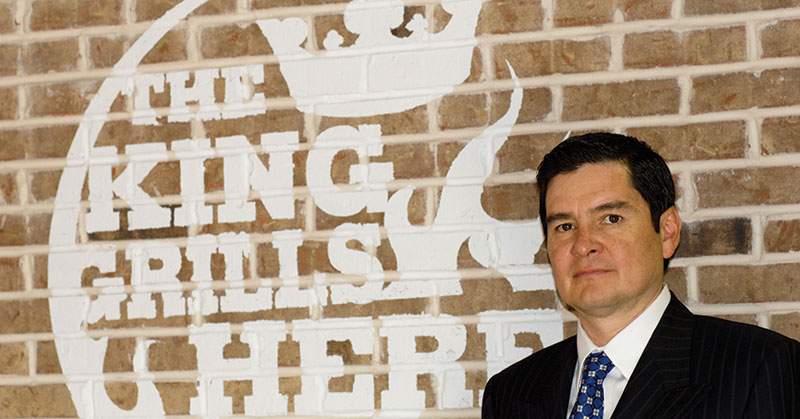 Guillermo Perales is no stranger to franchising or winning awards. The eighth largest franchisee, and largest Hispanic franchisee, in the country has been recognized no less than four times by Latino Leaders Magazine's annual "101 List," which identifies the most influential Latinos in the U.S. He's received the Entrepreneur of the Year from Asociacion de Empresarios Mexicanos, and earned numerous other awards and accolades over the past two decades. Now he can add the IFA's 2015 Entrepreneur of the Year award to his list.

"Guillermo's drive, determination, and skill have resulted in a highly-successful franchise company," said IFA Chair Melanie Bergeron, chairwoman of Two Men And A Truck, lnt'I. "As one of the largest and most recognized restaurant franchise owners in the United States, he has demonstrated how the franchise model can be used to grow very successful businesses."

While his business has grown, community service has been an integral part of Perales' endeavors, and his company's operations. His restaurants serve 25,000 free meals to American heroes every Veterans Day and distribute over 4 million Certificates of Achievement Awards for free meal vouchers to children annually. Recently, his Burger King restaurants awarded 180 scholarships from $1,000 to $10,000, to local students in need of financial support to further their education.

The Entrepreneur of the Year Award is given annually to a visionary who is willing to take risks and who possesses the management skills necessary to create a successful franchising business enterprise.

Formal presentation of the award will take place during the IFA's 56th Annual Convention, February 20 - 23, 2016, in San Antonio, Texas.