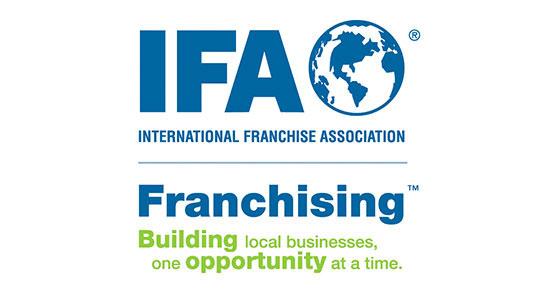 Franchising has for decades made a positive and significant impact on the overall economy. The business model provides opportunities for entrepreneurs, jobs for individuals, and a boost to local economies everywhere. Later this week, the IFA will launch its new public affairs campaign at the International Franchise Expo (IFE) in New York City.

The campaign is the next phase of IFA's comprehensive effort to highlight the benefits of franchising and the positive economic contributions of the industry. ADP Research Institute will also present its latest National Franchise Report during a press conference to kick off the Expo. The report captures two years of job creation and economic output generated by the franchising industry.

More than 20,000 attendees and 450 exhibitors are expected at this year's Expo. Franchising provides strong economic growth potential; franchise economic output is estimated to increase by 5.4 percent to $889 billion this year. IFA and its allies plan to ramp up its many efforts to protect the franchising model from threats posed by government bureaucrats and labor unions.

Tomorrow morning, IFA chairwoman Melanie Bergeron, chair of the board for Two Men and a Truck, officials from ADP, and a group of franchisees will be on hand for the "Pro-Franchising Campaign Launch and ADP National Franchise Report" presentation to kick off the International Franchise Expo.

How Multi-Unit Franchisees Are Solving Their Employment Challenges
Franchise Leaders Rank Their Greatest Challenges for 2023
Sponsored
The Vitamin Shoppe® Wraps Its Best Quarter Yet
5 Trends That Will Shape Employee Work-Life Balance in 2023
Rising Tide (Cleaners) "If your dream doesn't scare you, it's not big...
Smashburger Multi-Unit Operator Adding More Locations