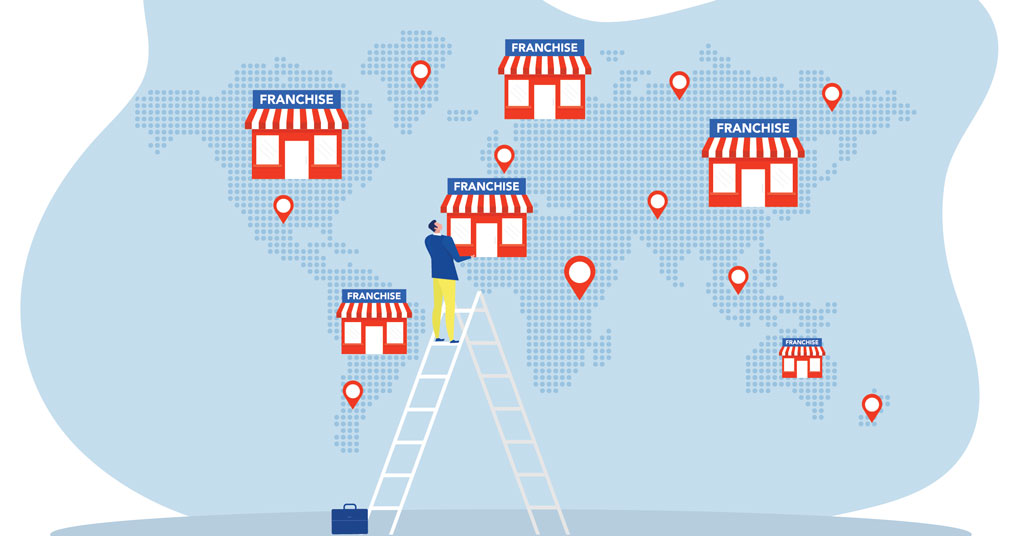 May 2022… a couple of months into Year 3 of a world forever changed by Covid. Yet, as we continue to note, global businesses have learned to adapt. This month our international deals roundup reports on food, a children’s swim school, and an international realty company.

Aqua-Tots has announced two new international deals. The brand has opened its third facility in Thailand and its first in Lebanon. In March, franchisee Narit Hongratana-Uthai and his family opened Aqua-Tots’ third Thailand location, a 7,000-square-foot facility in Prawet, Bangkok. The swim school also announced that it debuted its first location in Beirut, Lebanon earlier this spring with franchisee Tania Kosmos. The new 11,000-square-foot facility features an indoor heated pool with a seafront view, child-friendly design elements, and a viewing area featuring coffee, snacks, and vending items.

McDonald’s has announced its intention to exit Russia after 30 years and sell its entire portfolio. According to the company, “The humanitarian crisis caused by the war in Ukraine, and the precipitating unpredictable operating environment, have led McDonald’s to conclude that continued ownership of the business in Russia is no longer tenable, nor is it consistent with McDonald’s values.” The brand also said it will seek to ensure that employees of McDonald’s Russia continue to be paid until the close of any transaction – and that they have future employment with any potential buyer.

Pokeworks has signed a 50-unit development agreement in Canada with master franchise group Eat Up Canada Inc., which is led by co-founders George Heos and Alex Gerzon. The pair plan to begin development within the greater Toronto area, slating the first opening by year-end. Their goal is to bring all 50 locations to Canada over the next 10 years. The brand also announced that it has signed its first agreement for Asia in Taiwan, with Next Level Dining, a Taiwan-based company. The brand’s international presence has now grown to three countries: Canada, Taiwan, and 3 existing stores in Mexico.

Slim Chickens announced the opening of a new unit in London’s West End with multi-unit operating group Boparan Restaurant Group. The new location features both dine-in and drive-thru service. The “better chicken” brand, which has built opened than 160 locations across the U.S. and the U.K. since its first location opened in Fayetteville, Arkansas in 2003, has more than 800 locations in development.

Starbucks has announced plans to exit Russia after 15 years, closing 130 licensed cafes. The cafes account for less than 1% of Starbucks’ annual revenue. Starbucks said it will pay its nearly 2,000 Russian workers for 6 months and help them transition to new opportunities outside of the coffee chain. Starbucks joins McDonald’s, ExxonMobil, and British American Tobacco in pulling out of the country completely after the Kremlin invaded Ukraine. (For a list of the nearly 1,000 companies that have reduced or closed operations in Russia, click here.)

Subway has signed a new master agreement for 500 new locations across Peninsular Malaysia over the next 10 years, tripling the number of its restaurants in the market. According to Subway, the partnership with Pegacorn is the third of its kind for the brand in Southeast Asia, following master franchise agreements in Indonesia and Thailand. Pegacorn has been a partner to Subway in Malaysia since 2019. Subway plans to double its current network of restaurants in the APAC region from about 3,300 today to more than 6,000 in the next 5 years.

Wingstop has signed a deal to open 60 stores in South Korea. The agreement includes an initial commitment of 60 restaurants over 10 years, with the potential for 200 to 250 total restaurants in the country. The first is expected to open in early 2023. In other international deals, the first of 100 planned restaurants in Canada is scheduled to open in June. The company also has expanded a development agreement in Indonesia, taking the market from 50 to 120 anticipated restaurants. In its strategic roadmap to becoming a Top 10 global restaurant brand, Wingstop wants to build more than 7,000 restaurants worldwide with more than 3,000 outside the U.S.

Yum China has opened its first KFC Green Pioneer Stores in Beijing and Hangzhou. The move is part of the company’s climate strategy, and a roadmap to achieving net-zero by 2050, following its pledge last year to the Science-Based Targets initiative (SBTi) to reduce its emissions. Following the company’s 4R principles (reduce, reuse, recycle, replace), KFC has already incorporated several environmentally friendly practices in its stores across the country, including solar panels, an IoT intelligent restaurant energy management system, a lighting system that uses natural lighting, and using eco-friendly materials in its restaurants.