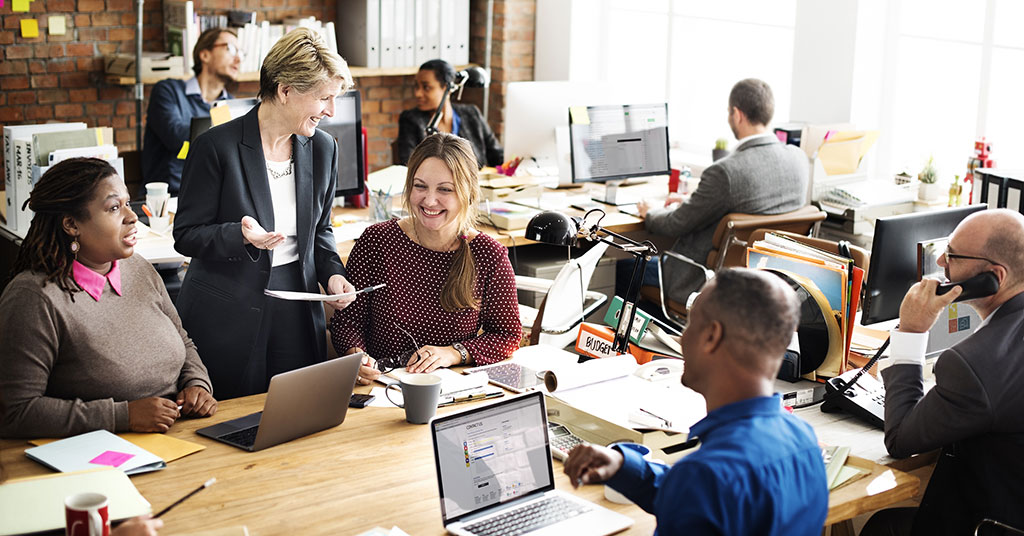 In September 2015, Mary Thompson and I had the pleasure of meeting U.S. Rep. Cathy McMorris Rodgers (R-WA) at the IFA’s Franchise Action Network meeting to talk about the most pressing issues facing franchisors across the country. It was one of the most exciting days for us to meet the highest-ranking woman in the GOP, and wouldn’t you know it, our discussion turned to living and leading with values.

It’s been a little over two decades since the Dwyer Group implemented its operationalized Code of Values and a series of principles that support our organization. Live R.I.C.H (Respect, Integrity, Customer focus, and Having fun in the process) guides our business decisions, and every day we strive to keep these values front and center and ensure that everyone in the company, from the leadership team to our franchisees on the front lines, knows and embraces these values.

After a record year of historic growth in 2016, our organization now includes 15 franchised consumer brands, more than 2,800 franchises and about $1.5 billion in annual system-wide sales that stretch across 11 countries around the globe. People routinely ask, “How can we create that kind of successful growth for our organization?” The common thread behind that growing, collaborative, and collective success is the Dwyer Group Code of Values.

It’s a topic that speaks to my heart and one of the reasons I wrote my book, Values, Inc. I wanted to provide a road map for others to experience what we are known for: helping a large organization stay the course as it gets bigger, as well as helping the small-business owner or franchisees and their teams on the front lines, by using a Code of Values. I wanted to help others define a Code of Values that can live and breathe in their organizations. It has been a privilege to share our company’s journey with other franchisors, businesses, the public at large, and now government.

At that first meeting with Cathy, our Code of Values message really resonated with her, and she invited me to return to D.C. later that year to give a values in business seminar for her entire congressional staff. The end result of the workshop was that her office wrote out their own Code of Values, something they have begun following over the past year.

Taking a page from our Live R.I.C.H message, Cathy’s office now has a message to S.E.R.V.E. In a guest column Cathy wrote for TIME magazine (Feb. 3, 2017), she shared a little about her team’s Code of Values:

“In our office on Capitol Hill, the epicenter of partisanship and egos, my team and I established a system of values, a motto called, “Have Fun While We SERVE” (Seek Excellence, Everybody Matters, Responsibly Own It, Vigilant Integrity, and Embrace Change), and at staff meetings we talk about how we are living these values, and where we fall short.”

In the past year, since having their own values, people at Cathy’s office have found several ways to put them into practice. Doing this has helped them reflect on how their actions affect those around them and how they can strive to be better public servants, teammates, and citizens. Other leaders on the Hill have asked for copies of her Code of Values, and she has attracted resumes of people wanting to work in her office—because of the reputation and culture they have created with these values.

All of this is music to my ears. Living and leading with values knows no boundaries. It can serve a small business, it can serve a large organization, and it can even serve our country’s highest offices. For any organization, a strong Code of Values, put into action, provides a road map to the future. The bottom line—and a profitable one, too—is that a company that lives and leads with values will always outperform, outshine, outdo, and outlive competitors who put ethics on the back burner.

Dina Dwyer-Owens is co-chairwoman of Dwyer Group, which has 15 franchised brands and revenues of approximately $1.5 billion. She served as IFA Chair in 2010, received the IFA’s Bonny LeVine Award, is a champion for VetFran, founded Women in the Trades, and is the author of two books, including Values, Inc.

The Top 5 Elements of a Great Leader Coach
Where Profits and Employee Development are Intrinsically Linked
Sponsored
The Human Bean Continues to Break New Ground for Growth
Fixing the Bottom 5 Percent—5 Options To Give Your Struggling Franchisees
Well-Being and Retention: Making mental health a priority
FLDC22 Kicks Off in Atlanta in Just 2 Weeks!