One Person's Ceiling Is Another One's Floor: The Current State of Franchise Sales 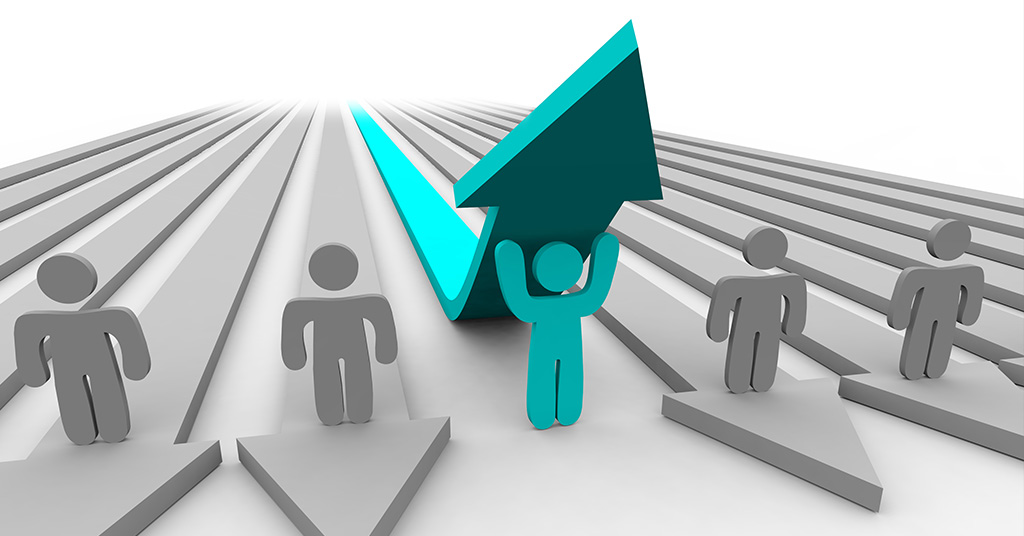 To paraphrase the words of the late, great business author and management consultant Peter Drucker: The purpose of franchising is the making and keeping of franchisees. But it’s times like these that many franchisors are being put to the test in fulfilling this mandate.

In a new study that builds on our earlier Franchise Sales Index, we analyzed more than 600 franchise brands on the impact of the pandemic during the first half of 2020 and found that, overall, franchise sales leads declined by 18% in the second quarter of 2020 (April – June). This data makes it clear that one person’s ceiling is another one’s floor — and that industry and brand size are determining factors as to whether the pandemic is benefiting franchisors or crushing them.

However, there’s a silver lining. Even in the midst of the pandemic, tens of thousands of those new leads who have expressed interest in franchising are seeking stability in the new abnormal. In the first quarter of this year, we processed 197,000 franchise leads on behalf of our customers and an additional 162,000 leads in the second quarter. And from looking at the industries franchisors serve, it isn’t just to the favor of those we might call recession- and pandemic-resistant. Such a case can be made when we see that the retail products and services franchise segment saw an increase in leads of 49% quarter-over-quarter, while automotive experienced an increase of 4%.

When looking at the distribution of franchise leads geographically, we are finding evidence that double-digit unemployment claims have led to an increase in leads in states such as Mississippi, Ohio, and Michigan. Concentrating your marketing spend in smaller markets can potentially amplify your brand awareness, rather than spreading yourself thin by casting a wide net.

Deals by source: Brokers are No. 1

When it comes to which sources are generating the most deals, franchise referral consultants (also referred to as brokers) were No. 1 for the first time in the history of our Franchise Sales Index — producing 21% of all deals in the second quarter, compared with 11% in Q1. Brokers were closely followed by referrals, which represented 17% of total deals — very close to where they ranked in the first quarter. It’s my belief that this is due to a combination of factors, including reductions in marketing spends, buyer confidence, and relationships. 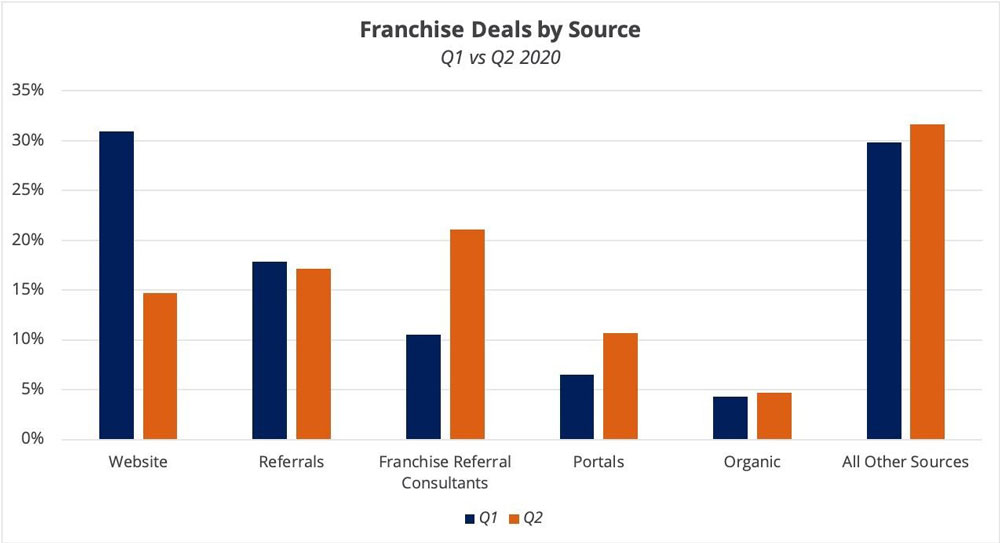 In analyzing the balance of leads by source, we found the most precipitous drops in sales were those attributed to websites, which decreased by 70%. I’ve always been suspect of “websites” as a lead source as these are typically sought out after having encountered your brand in doing their research.

Here are some additional statistics we uncovered in the Franchise Sales Index related to deals by source:

Based on our findings, franchise referral consultants take approximately 20 leads to culminate in a sale, whereas it would take 500 leads to make one sale if you were relying on social media.

Another data point worth considering is that larger brands (more 200 locations) represent 28% of the total leads in our database but represent a whopping 67% of all sales. Contributing factors are likely the result of greater brand awareness and larger marketing spend.

The whole point of these Franchise Sales Index reports is to aid you in turning data into actionable insights, so you can have a roadmap to achieving your greatest ROI. Now is the time to be bold in your marketing. Reducing your franchise development marketing spend will potentially have debilitating results and leave you without a pipeline when you’re ready to ramp up. There are many examples of brands in  hard-hit industries, such as personal service and QSR, achieving record levels of franchise sales. Of course, you need to know your metrics, or you will be wasting your cash.

Next time: A detailed look at lead sources

This article is a first in an exclusive Franchise Update series in which I will share data and insights into all things related to the “top of the franchise sales funnel” and how they have affected the behaviors of franchise buyers. In my next article, I’ll begin to go deeper into each lead source to show how results look when filtering by industry and system size.