Predictable Unpredictability: A Look at Global Franchise Development in 2017 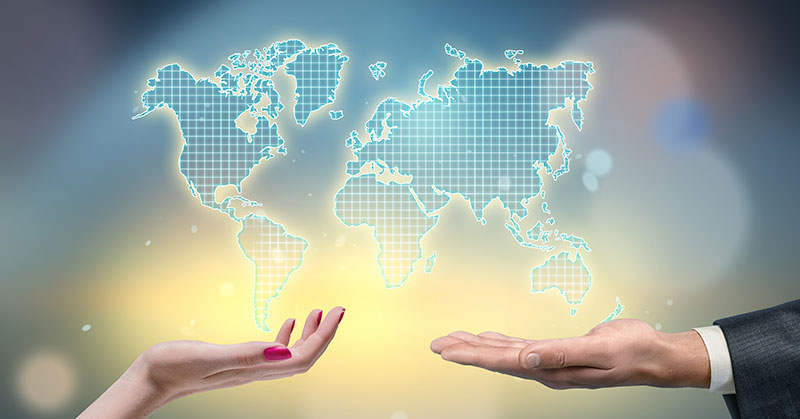 "It is not given to human beings... to foresee or to predict to any large extent the unfolding course of events."
Winston Churchill

Following the unexpected results of the U.S. presidential election in November, U.S. franchisors that our company assists in taking their franchises global, asked us to assess the impact on international franchising in key countries. We analyzed 240 articles, studies, and reports issued since the election that focused on doing business internationally, specifically international franchise development.

First the good news. My 42 years of living in 7 countries and doing business in a total of 70 countries demonstrates that things are really the same: always changing. The key is to know what is going on around the world to determine the best countries to take your franchise, now and in the near future. While it may appear that the world has become a more unpredictable place to do business, excellent potential remains for signing international area licenses and master franchises in 2017.

As we look at countries that are active for franchising we have to take into account the global impact of major 2016 economic and political developments such as: the Brexit vote in the U.K., the U.S. elections, Middle East turmoil, the potential for lower taxes and less business regulation in the U.S., the rise of the dollar relative to other major currencies, and the rise of nationalism around the world. Many countries have begun looking more inward and becoming anti-globalization. In addition to the developed countries, a number of developing countries began to see the aging trend accelerate, leaving fewer working to pay the pensions of senior citizens. Social media continued to grow as a communication and consumer tool with almost 2 billion Facebook users worldwide at year's end. Lower oil prices caused some Middle East oil-producing countries to cut government salaries and subsidies. The price of oil ranged from US$30 to US$50 per barrel. War raged on in parts of the Middle East with millions of refugees from North Africa and the Middle East entering European countries.

In the Middle East, new franchise development has been limited to the Gulf Cooperation Council (GCC) countries (Bahrain, Kuwait, Oman, Qatar, Saudi Arabia, and the United Arab Emirates) where there are few, if any, protests and the law is well established. The fall of oil prices from about US$100/barrel to less than US$50/barrel has severely hurt the economy of these countries. Saudi Arabia has cut subsidiaries in food and gasoline and salaries of public employees. Other GCC countries have delayed major investment projects. New franchise development has slowed but remains moderately strong.

For global franchise development in 2017: choose your target countries carefully based on economic and political market research. But keep franchising your brand outside your home country!

How Express Employment Professionals Works with Franchise Brokers
Just Getting Started? Sound Advice for Emerging Franchisors
Sponsored
Location Management Software is a Must-Have for Commercial Portfolios
Founders: When Is the Right Time To Franchise - and How Do You Know?
Finding the Right Spot for a Franchise is an Artful Science
5 Trends Driving New Beauty Franchise Concepts