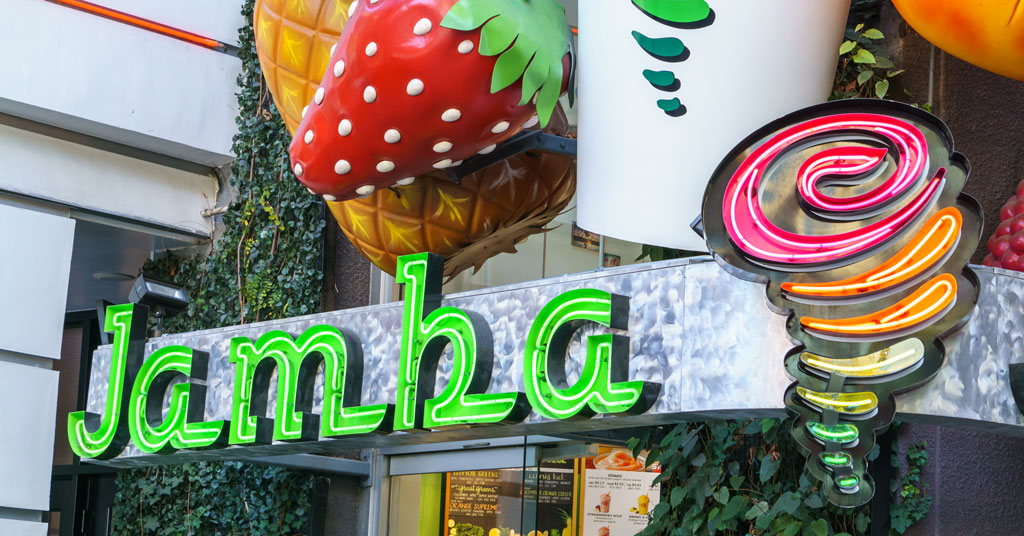 Washington Redskins tight end Vernon Davis understands the importance of generating revenue both on the field and off. While not outrunning defenders on the gridiron, he operates 5 Jamba Juice locations in Northern California. Now, the Washington, DC native has teamed up with Atlanta Falcons wide receiver Mohamed Sanu to begin bringing Jamba Juice locations to the nation’s capital.

Under a new agreement just announced, the two players have plans to open as many as 6 stores in the region. The first location appears slated to open early next year in Northern Virginia.

Currently, Jamba Juice has 9 locations in the Washington, DC-Maryland area, including 5 stores owned by tennis star Venus Williams. The brand operates more than 900 locations worldwide and the new agreement with Davis and Sanu coincides well with the brand’s plan to expand eastward.

East Coast Wings + Grill
Start your own one of the fastest-growing chicken hot wing franchises. East Coast Wings & Grill is an award-winning wing restaurant franchise...
Cash Required:
$200,000
Learn More
Ace Hardware
Ace is #1 for convenience hardware! You pay no royalty fees. Instead, Ace pays you a year-end rebate based on your annual purchases. Enjoy the...
Cash Required:
$250,000
Learn More
Share This Page