The Rebirth of Roy Rogers 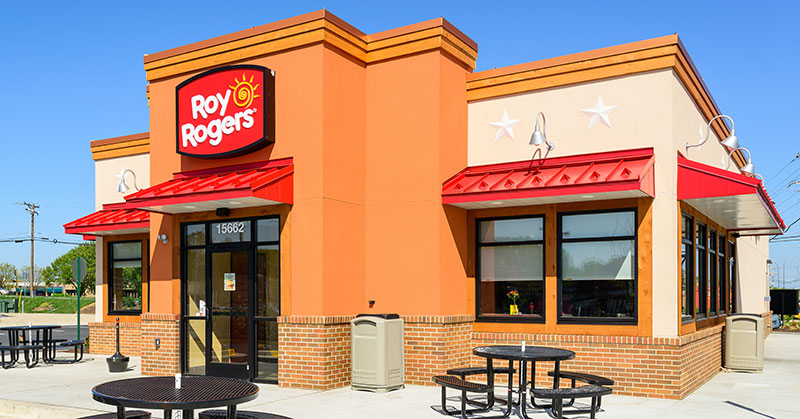 Larger-than-life brand rides back into town

When I got into the family business in 1995, the Roy Rogers chain was a smaller version of the regional QSR powerhouse it once had been. Hardee's had purchased the brand from Marriott in 1990, largely for the real estate, and began a process of closing, converting, or selling off many of its 648 locations. By the early 2000s, the store count was down to about 80.

To me and my brother, Pete Jr., the decline of Roy Rogers was personal. Our dad, Pete Sr., was part of the Marriott executive team that had created the concept in 1968. It was an exciting time. Roy Rogers was this iconic, larger-than-life cowboy, devoted to Western principles, faith, and family values. He was a popular entertainer and Marriott built upon his persona to create and rapidly grow the franchise.

My dad was committed to the brand, leaving Marriott to become one of the chain's earliest franchisees. Roy Rogers restaurants became, for us, part of the family, a way of life. And so we developed a stronger bond than most, a sense of duty to protect and grow the brand.

Under Hardee's ownership, the brand wasn't really being managed well. There was little training provided for managers. Franchisees weren't following brand standards consistently, and they weren't paying royalties or making marketing contributions, so there were minimal marketing initiatives going on. Operators weren't renovating restaurants or making capital improvements. Many sites weren't being maintained to the level they would have been with a strong franchisor managing the brand. Put simply, the brand needed direction.

All things considered, however, our sites were performing well, thanks to the popularity of the brand and our team taking the initiative to compensate for what was lacking in franchisor support. We had hired staff to train managers ourselves, and we would invite other franchisees to send their managers to train in our headquarters as well. We hired our own firm to do marketing. With our locations on an uptick, my brother and I bought my father's business in April 1998.

Our efforts paid off. We maintained and even increased volumes, even as other locations were closing. Then, in 2000, we opened a new restaurant in Germantown, Md., replacing a Burger King site that was clearly a C location for that chain. The lines were out the door--50 people deep. The drive-thru line was 30 cars deep. It was unbelievable. People were coming in from all around the D.C. metro area, even from downtown Washington, celebrating the fact that Roy Rogers was back. By our estimates, in our first year we more than tripled what the previous restaurant in the space had done in sales.

When my brother and I saw the jubilation that guests displayed in welcoming us back to their town, we decided to take a serious look at making something more of this once-formidable brand. The concept wasn't getting the attention it deserved. We felt we could change that.

And so, when Hardee's parent, Imasco, announced they wanted to sell the Roy Rogers trademark, we decided to buy it. We saw the potential to expand beyond Maryland through franchising, finding others who shared our passion, had solid business experience, and who would be driven to make their operations and the system a success.

We already were doing a lot of things a franchisor typically does: marketing, training, product development, renovating restaurants, and creating brand standards. And so, in 2002, after about a year of discussions, my brother and I acquired the Roy Rogers trademark and the right to franchise.

Overnight, we went from being franchisee to franchisor. It was a new frontier, but we had a number of assets to work with: our affinity for and knowledge of the concept, an experienced team of operators (we'd been in business since 1980), our father, and the insights gained through our continuing role as a hotel franchisee under Marriott Corp.

Once we assumed ownership, we had to deal with the operators who were no longer vested in the success of our brand. Their sites were older. Some had been peers of our dad and didn't have a second generation to take over the business. Others weren't doing well in some locations. So we let some agreements expire, and in other cases took proactive steps to allow franchisees to exit the system, eventually getting to a lean system that was ready to grow again.

We also had to convince our franchisees that we had the wherewithal to be a successful franchisor. We had some credibility because, having been one of them, we could show them we understood their needs and desires. At the same time, our company restaurants let us keep skin in the game and gave us a fertile testing ground for new products, marketing, or concepts.

We created a new franchise agreement and, to convince the existing franchisees to sign on, designed a "Pioneer Franchise Agreement" stating that they could pay reduced royalties for a short period and then increase to the same royalty paid by new operators. But it was quid pro quo: they would have to remodel their restaurants. It was a difficult undertaking, but we got it worked out. About half of the carryover franchisees signed the agreement, while others eventually moved on.

We then started to fill in more of the franchisor gaps. We built a training program, a marketing plan, and a product development strategy--not just for us, but for the whole brand. We redid our operations and training manuals. We set out to show that we were serious about resurrecting this brand and making our investment pay off.

Initially, our focus wasn't on acquiring new franchisees. We'd set our sights on fortifying the franchise program and tweaking our concept, to give both franchisees and guests more of what they wanted. More recently, we've embarked on a proactive sales effort to attract new franchisees in the Mid-Atlantic and Northeast. We hired an outside sales organization to help us reach out to a broader community. We retained a public relations firm to help us promote our franchise opportunity, and we hired a new director of real estate and franchise development to spearhead our expansion efforts.

On the marketing side, we've recently engaged in a sponsorship program with the Washington Capitals, and we are exploring other opportunities to capture that level of exposure elsewhere. We hired a new director of marketing who has extensive quick-service experience with some of our segment's blue-chip brands, and we are about to bring on a new marketing agency to support our units and overall brand.

Throughout much of the East Coast, people have very fond memories of the Roy Rogers brand. They tell us all the time how they remember our brand being a cut above. It's great that they remember us, but it's our constant challenge to live up to those memories. Still, we know we're doing the right thing in bringing Roy Rogers back to so many markets. Every day we have guests saying, "I remember you had one in my town. Please open up there again."

Patience, Buckaroos, we're on our way.

New Book: "Franchising Strategies - The Entrepreneur's Guide To Success"
How Express Employment Professionals Works with Franchise Brokers
Sponsored
Trust and Freedom at the Heart of Penn Station's Plans for Growth
Just Getting Started? Sound Advice for Emerging Franchisors
Founders: When Is the Right Time To Franchise - and How Do You Know?
Finding the Right Spot for a Franchise is an Artful Science