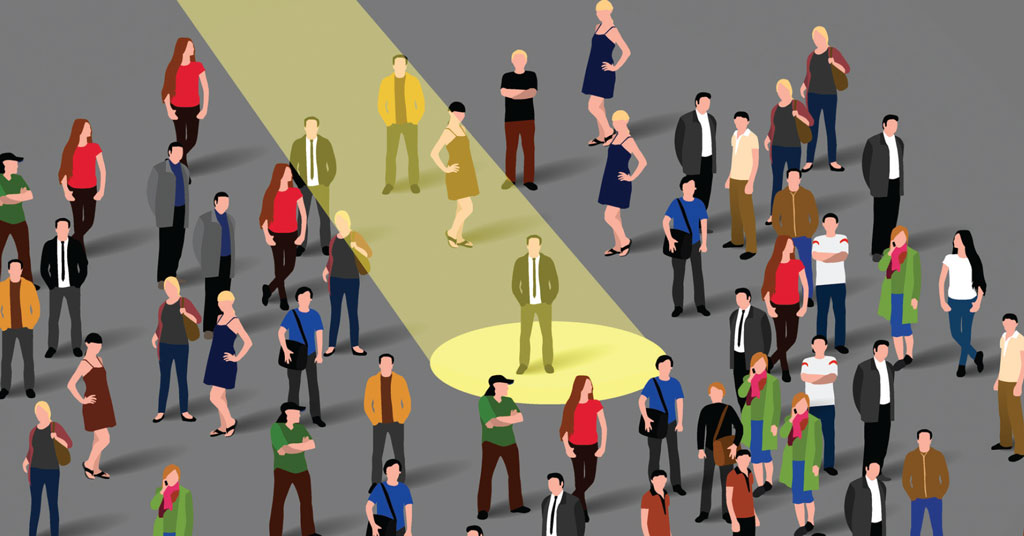 Technology may be changing the face of franchise recruitment, but the fundamentals remain the same. A winning development strategy is still all about the connection. First impressions count--and they are being made faster and earlier than ever before.

"Today, franchise development candidates have formed an opinion about your brand long before they reach out to contact you," says Rick Batchelor, CEO of Internet marketing firm Qiigo.

Batchelor joined a slate of franchise development experts on stage at this year's Franchise Leadership & Development Conference (FLDC) to unveil the findings from the 2018 Mystery Shopping Survey. This annual best practices review of franchise recruitment practices included mystery shopping results from 155 brands, along with analysis from the largest study yet of online sales leads.

Among the high-level findings: Franchise sales programs are increasingly driven by digital automation for prospects in a 24/7 world, yet brands risk a disconnect when they put too much trust in technology during the all-important early stages of franchise development.

"At a time when you think technology is going to replace a phone call, it is actually the reverse," says Jayson Pearl, president of ServiceScore, a company he founded in early 2018 to help franchisees improve their responses to inquiry calls. In fact, he says, making phone contact in the initial inquiry phase is more important than ever today.

"Candidates can do a lot more research on their own. If there is a point where a candidate submits a contact form that says, 'I'm ready to talk to someone,' they really are," he says. "They aren't just looking for basic information. They are probably ready to take the next step, or have a specific question they can't get answered by themselves, in spite of trying."

Along with Qiigo and ServiceScore, this year's survey was conducted by Franchise Business Review, Landmark Interactive, Magus Marketing Communications, and CGI.

Veteran mystery shopper Art Coley, CEO of franchise development company CGI, says a lack of attention by brands to the quality and approach of communication before a prospect becomes a candidate continues to be an issue. His survey results showed that many brands have no training or dedicated individual for this pre-engagement phase, a lack of a defined process, few tools, and little content during this critical period.

"The 2018 Mystery Shop results again pointed to what we believe is the number-one problem facing franchise brands in recruitment: poor execution in the pre-engagement phase," says Coley.

Here is a breakdown of the highlights from this year's Mystery Shopping survey, conducted each year in conjunction with the FLDC to uncover best practices--and areas to improve--for brands looking to build a stronger recruitment strategy.

These days, potential franchise buyers largely do their research on the fly and around the clock, making it more important than ever for brands to step up their mobile communication strategies and tactics.

The number of mobile prospects has nearly tripled over the past 5 years. In 2018, nearly two of three (about 65 percent) potential investors used a smartphone to connect with brands, compared with 22 percent in 2013. The smartphone has supplanted the desktop computer, which was used for brand inquiries 30 percent of the time this year, down from 65 percent just 5 years ago. The survey also found prospects used their tablets only 5 percent of the time for inquiries, down from 13 percent in 2013.

These mobile findings are even more significant when combined with the survey's look into daypart data. Michael Alston, president of Landmark Interactive, analyzed prospect data from 1,524 franchisors in the U.S. and Canada over 12 months to track prospect inquiries by time of day.

The results, the largest data set ever compiled for purposes of daypart analysis, showed a shocking mismatch between time of inquiry and the business hours franchise development teams are most likely to be available, says Alston. Overall, a stunning 67 percent of all prospect inquiries are made outside the standard business hours of 9 a.m. to 5 p.m.--underscoring the need for franchisors to develop a way to respond to these inquiries quickly, and highlighting an untapped and powerful opportunity to improve lead generation.

"Use the phone in the prospect's hands to your advantage" Alston advises. The multitude of franchise inquires made outside regular business hours also affects development teams by time zone:

When it comes to lead generation strategies, Qiigo's Rick Batchelor shopped the digital touchpoints of 137 brands and found a fairly level playing field. He found most brands are active on Google paid search, Facebook, and other social media channels relevant to their business. Executives are increasingly active on LinkedIn, and many brands have started implementing programmatic tactics, with retargeting being the most popular.

Batchelor says there is plenty of room for brands to find a competitive edge, starting with leveraging the power of the brand itself. While more than 7 of 10 (73 percent) of brands have a standalone site for franchise development, he recommends that brands consider creating a single site for both consumers and franchise recruitment to establish a strong domain authority. As Batchelor puts it, "A rising tide lifts all boats."

Merging the two sites runs contrary to longstanding advice from recruitment experts in recent years, who urged franchisors to create a separate franchise recruitment site. Yet, Batchelor asks, "Why would you spend double the money for a different site if you are all under the same brand and all driving toward the same company goal?"

A combined SEO strategy could also benefit the development team and allow the financial and human resources needed to maintain two separate sites to be reallocated. "Your franchise development team is typically not a digital team, but you have them making digital decisions and all they have to lean on is the way they have always done it," says Batchelor. "Technology changes really fast. I think the brands that actually do unify and don't try to silo out franchise development win, because it is no longer different. You are talking to the same people." Here are his recommendations for the coming year:

Franchise marketing specialist Wendy Odell Magus, principal at Magus Marketing & Communications, posed as a prospect to evaluate the websites of 137 brands. She found measurable improvements from last year by franchisors investing in their websites to provide a richer experience for prospective investors.

The large majority (72 percent) provided franchisee testimonials, with 55 percent showcasing franchisees in video testimonials. The number of companies defining their qualifications for prospective franchisees doubled over last year, and there was a noticeable increase in companies providing a detailed investment chart (up 7 percent). Most websites (72 percent) provided a road map showing how the prospect could learn about the business and be prepared to run their franchise. Slightly fewer (63 percent) clearly outlined the steps toward a franchise purchase.

"Technically, most franchisors are using analytics. However, many more could do a better job of tracking lead sources, financial qualifications, and a time frame from the prospect," she says. "Most franchisors could do better with richer title tags, and by providing three or more links to the development site from their consumer website."

Here are some additional findings:

Key takeaway: transparency. Franchisors, says Magus, should provide enough detail to allow prospective franchisees to be well informed to evaluate the opportunity and their own qualifications when they enter the sales process.

Bottom line? There is still plenty of room for improvement in recruitment websites.

ServiceScore's Jayson Pearl was charged with evaluating the website responsiveness of franchisors in the recruiting process, as well as the tools brands use to qualify a potential prospect. As part of his process, he submitted a form on the franchise development website and tracked how quickly a brand followed up through email and texts, first call response, qualifying questions, and best practices. His research revealed the following:

Pearl says the prequalification period is a critical moment for franchisors to convert calls into prospects and candidates. "There were a lot of brands that talked about their process or qualification criteria, but they didn't take that opportunity to make that connection or share what was special about their brand," he says. To improve in this area, he recommends the following:

To have a better shot at solid brand and shareholder growth, Coley recommends that brands make it a priority in 2019 to track and improve their brand's pre-engagement practices. Top takeaways from CGI's research include the following:

When it comes to franchisee satisfaction, the best brands keep getting better. Franchise Business Review (FBR) researched 62 brands representing 18,254 business outlets. A total of 6,986 franchisees completed a survey conducted by FBR that consisted of more than 50 questions related to their business performance, satisfaction with their brand, and general business. Results were compared with FBR's benchmark data gathered from more than 330 franchise brands representing more than 25,000 franchisees across all industry segments.

While the influx and interest of private equity in franchising is changing the face of some franchisors, the core of what satisfies a franchisee has not changed, says Eric Stites, CEO and managing director of FBR.

"Most franchisees understand that the franchisor still has to make the decision at the end of the day, and not everything is going to go their way," he says. "But as long as they feel they are involved in that process and listened to, I think that is critical."

All of the brands in this year's top 10 represent the best in franchising, says Stites. He says companies that made the top 10 in this year's survey of franchisee satisfaction scored substantially higher than everyone else overall: 20 to 25 percent higher, which, he says, is a "huge separation" from the other brands surveyed.

"They have a deep-rooted culture of inclusion, caring, and shared success and have been at the top of our research for many years," says Stites. "The common thread is simply the 'golden rule' of franchising: Treat your franchisees like you would like to be treated."