Transparency Ahead!: Prospects are Demanding New Levels of Information 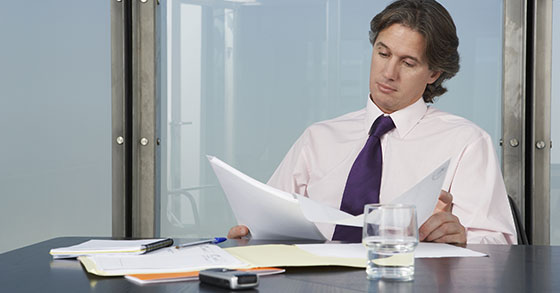 Prospective franchisees have lots of questions: How do I purchase a unit? Can I buy more than one? What will my territory be? How much does it cost? What are the royalty payments? How much training and ongoing support should I expect?

These are questions franchisors are accustomed to addressing and that regulatory documents confirm, but they are not the most important questions on the minds of prospects: How much can I reasonably expect to make? What is the likelihood I may lose my investment?

Franchisors find lots of reasons to justify not answering these two questions. That won't go on much longer. The market is rapidly requiring changes that will force franchisors to confront these questions. I offer three recent trends that clearly demonstrate a new level of transparency is moving to the forefront of the franchise business model.

One of the significant outcomes of the financial crisis for the franchise community was the change in information requirements by banks. Not only are banks requiring much more information about each borrower, they also are requiring much more information about the brand. This has led to terms like "continuity rate" and "revenue self-sufficiency." These franchise-specific terms didn't exist before 2008. Now bankers frequently refer to them. Performance matters.

The second trend involves franchise relations, the subject of many state legislative initiatives in the past few years. At the heart of the franchise relations debate is the franchise agreement; more specifically, the terms and conditions they contain. When do they cross a line that unduly inhibits a franchisee from achieving success? I doubt state or local legislators are well-positioned to answer that question. However, I do think if the market is allowed to address this through transparency, the pressure will come off legislators to seek solutions that very likely will have many unintended consequences. The IFA took an important step in the direction of transparency with its Statement of Guiding Principles. Part of that movement was the recognition that franchise system performance standards are coming, sooner than later.

Finally, we are seeing an increase in "best of" lists that rank franchise systems. While many have evolved out of self-promotional motivations, not all have. Perhaps the most dramatic example of an objectively developed ranking was the recent Forbes article on the best and worst franchise systems. Frandata developed the criteria used to measure franchise system performance for that article.

In the rankings we created, we looked at many performance metrics including: Is there demand for the business? Are units successful over time? Does the franchise system offer support to its franchisees in areas like financing, marketing, and operations? We examined many factors and a lot of franchise information.

We are rapidly moving into an era when franchisors must share performance information about their system--and about the franchisor itself--that goes beyond what an FDD requires. For instance, one criterion we examined about every brand was whether their FDD included an FPR. This part of the FDD is optional, and although 60 percent of brands provide this information, not all those in this group provide enough information to allow a prospect to determine how much they can make. However, the 40 percent group provides nothing. What does that tell a prospect? Most likely, either the franchisor doesn't know or doesn't want the prospect to know. Neither conclusion is a good reflection on the franchisor

Information transparency is not just for prospective franchisees. Lenders need a business plan from the prospect. What confidence will a lender have in a business plan prepared by someone who has never been in that business when no brand unit performance information is available? Lenders know this information exists, that it is not constrained by the FTC Rule, and increasingly are asking for it directly from the franchisor. (We call a franchise system that routinely provides this type of information to lenders a "lender friendly" brand.)

In the very near future, the first question a prospective franchisee will ask is whether enough information is provided to make a smart investment. The market is quickly forcing changes that will allow prospects to make that determination against a set of performance standards.

As COO at Frandata, Paul Wilbur has run the day-to-day operations and been part of the executive management team for more than 10 years. He has held technology and marketing roles at organizations including IBM, Digex, and Communities in Schools. Contact him at 703-740-4700 or pwilbur@frandata.com.

In on the Ground Floor? Evaluating an emerging franchisor's potential
Service Brands Continue To Grow in Q2 2022
Sponsored
Ziggi's Coffee Boasts Innovation through Menu Diversity
Identifying Your 'Why' Will Help Get You Where You Want To Go
Building Your Infrastructure For Growth
Blueprint for Growth, Part 2: Expand your range of products or services