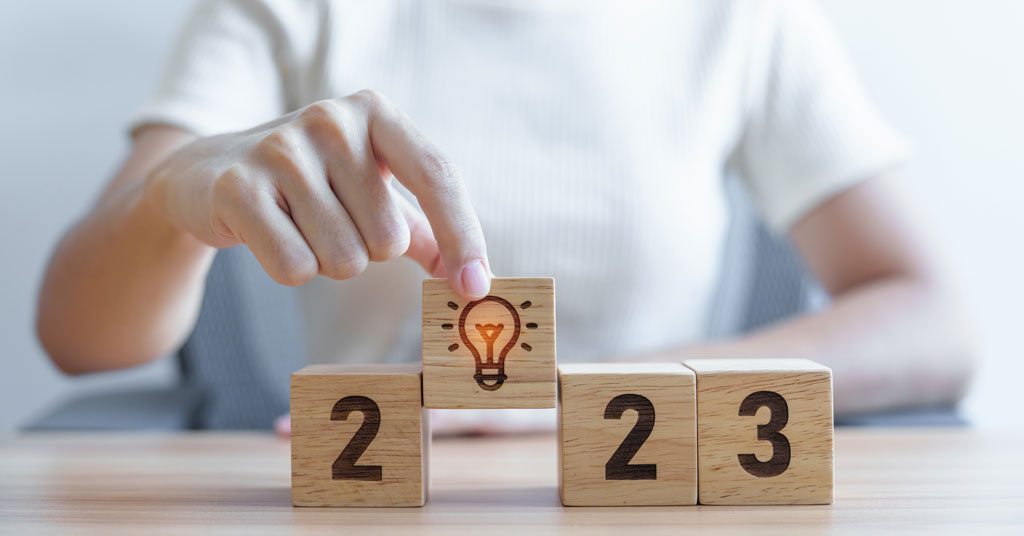 Four in 10 small-business owners were unable to pay their December rent in full, according to Alignable’s December Rent Report. That compares with 41% in November and marked the third month in 2023 that the delinquency rate topped 40%. According to Alignable, “What's most alarming about this statistic is that it occurred during December, a month when many small businesses usually reap rewards from holiday shopping and other economic surges.” The previous December saw the lowest rent delinquency rate in all of 2021 (26%) even amid the Omicron surge.

Drive-Thrus Continue To Grow, Both in Number and in Lanes

Other examples include Portillo’s, which last year opened a 3-lane unit last year with no dining room in Joliet, Illinois; Tropical Smoothie Cafe opened a double drive-thru in Oklahoma City, with one lane dedicated to online, third-party, and curbside ordering pickup; Sweetgreen has imitated Chipotle’s drive-thru approach, adding a drive-thru lane for digital ordering with its “Sweetlane” concept in Schaumberg, Illinois, according to What Now Chicago; and Shake Shack plans to open 10 to 15 drive-thrus in 2023.

Are WeWork’s Struggles Its Own, or a Sign of Decline in Co-Working Models?

An article titled, “Why WeWork Stock Plunged 48% in December” from The Motley Fool listed three key points: 1) WeWork is still burning cash, 2) Fitch downgraded its rating on the company’s debt, and 3) although revenue is growing, expensive office leases are hampering the company's profitability. “Fears continued to build around the company’s ability to stay solvent in a potential recession,” according to the article.

The company “was already limping into December” after reporting a larger Q3 loss than expected and said it would close 40 U.S. locations as it deals with higher expenses, rising interest rates, and a stronger U.S. dollar that reduces its international revenue. Finally, the Wall Street Journal in December ran an article titled, “WeWork’s Once Robust Cash Reserves Have Dwindled, Raising Chances of Default.” It cited the company’s expensive long-term leases, more than $3 billion in debt, and a negative cash flow of $4.3 billion between July 2020 and September 2022.

“Following a pandemic-fueled course correction, the global real estate industry faces transformational shifts in how buildings will be used, valued, and transacted in 2023 and beyond. Ongoing uncertainty in the global economy could impact the industry even more. In the near term, the potential for regional or global recession or stagnation looms—and these impacts would be felt across financial services sectors.”

So goes the introduction to Deloitte’s “2023 Commercial Real Estate Outlook” report —not a cheery beginning, but one rife with opportunity for the savvy and the lucky. For the report, Deloitte surveyed 450 chief financial officers of major commercial real estate owners and investors to get their opinions about organizational growth and their plans for workforce, regulatory compliance, and technology. Deloitte also asked about their investment priorities and anticipated structural changes in 2023. It’s not all bad news, however. One section, for example, says “Despite near-term performance reservations, respondents remain optimistic about real estate fundamentals.” Download the full report here.

What's Ahead in 2023 for Rental and Property Management
3 Things CRE Players Must Do To Stay Relevant In 2023
Sponsored
Over 100 New Shops Signed in One Year? You Better BOWL-Leave-It
Leases - There Is Accounting for It!
Trepp's Q3 Data Review on Commercial Real Estate Offers 9 Articles
Gym and Fitness Centers Recovery Helps Shopping Center Tenants and Owners

Amazing Lash Studio
We are looking for qualified, committed business owners interested in a franchise opportunity with a market leader.
Request Info
Added
Learn More
Ziggi's Coffee
There's nothing quite like the perfect cup of coffee. It wakes you up and gets you on the right path. Now, you've got the chance to build a lifestyle...
Cash Required:
$100,000
Request Info
Added
Learn More
Share This Page