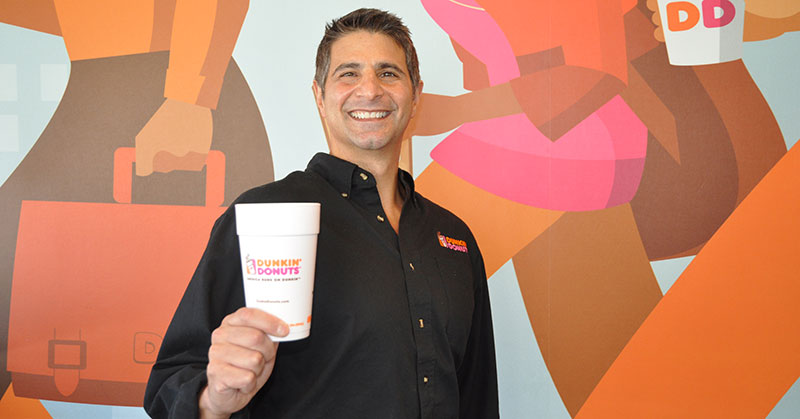 During the last five years, he has served as the chair of Dunkin' Donuts Franchise Owners PAC, the vice chair of the Washington, D.C.-based Coalition of Franchisee Associations, was the 2015 chair of the Multi-Unit Franchising Conference, and is currently franchisee chairman of Dunkin' Donuts Government Affairs Committee and an elected leader on the Dunkin' Donuts Brand Advisory Council. But perhaps his biggest achievement during this period came just last year when he was part of an effort in California to pass Assembly Bill 525, a significant and pro-franchisee law.

"It took four years and a great group of franchise business owners, representative from the CFA and IFA, lawyers, and consultants but we were able to amend California's franchise law and the result was a more level and certain playing field for franchisees and franchisors at common friction points," he says. Franchisees in the state now have new protections that allow them to "monetize the equity" they have invested in their brands in terminations, sales and passing on to the next generation. The successful initiative was, as Branca says, an example of dedicated franchise forces working together to create better solutions for all. "There were outside groups trying hard to insert their hostile interests into our bill after we painstakingly negotiated it, but we stuck together and received a unanimous vote to pass the California legislature."