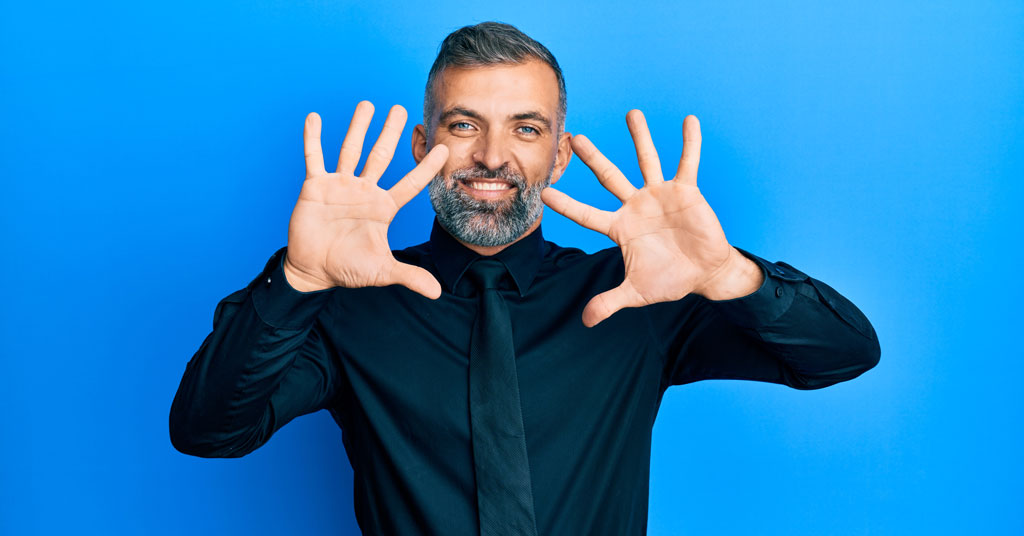 Part 2 of this 3-part series (10 Tips for Reading an FDD, Tips 1–5) ran in the previous issue of this newsletter. Part 1 (Reading the FDD: The Argument Against Simplification) appeared in the issue before that.

I offer the final 5 tips for reviewing an FDD — not as a do-it-yourself guide for franchise buyers, but to demystify the FDD. My top 10 list (not ranked by relative importance) offers guidance on how to make sense of a handful of specific FDD disclosure items that should help a franchise buyer figure out if pursuing a particular franchise opportunity is worth their time and money to move on to one of the final steps in the due diligence process: hiring franchise legal counsel.

Items 5 and 6 list initial and ongoing fees in a format that facilitates a franchise buyer’s comparison shopping among several franchise brands. Even if franchise buyers are not actively considering joining any other franchise system, they still should engage in benchmarking. Since most franchisors do not publish their FDD on their website, one way to benchmark is to check the public databases for FDDs filed by competitors or leading franchisors maintained by a few of the states that regulate franchise sales, specifically California, Minnesota, Washington, and Wisconsin. If a franchisor offers franchises in any of these states, it must register its FDD with the state’s franchise agency. (California exempts large franchisors from having to lodge their FDD; the other states offer no comparable exemption.)

Item 17 summarizes key contract provisions that underscore the temporal rights awarded by a franchise, which are akin to leasing a business for a finite period, not forever. At some point, the franchise contract’s term will expire. No law mandates a minimum duration, renewal rights, or conditions that a franchisor must attach to a franchisee’s exercise of a renewal option if one is granted. Some franchisors may award a relatively short term (e.g., 5 years) with multiple, successive renewal options, while others may award a very long term (e.g., 20 years) with no renewal option, but the right to apply for a new franchise if the franchisor is still in the business of franchising.

For as long as a franchisor offers to sell franchises, they must disclose in FDD Item 20 if franchisees given a renewal option have opted not to exercise their renewal option, sometimes a sign of unhappy franchisees. A franchise buyer should interview current and former franchisees about the franchisor’s practices vis-à-vis franchisee resales.

Item 17 will disclose transfer conditions, which always give a franchisor the right to approve a proposed buyer, and nearly always give a franchisor a right of first refusal. Likewise, Item 17 will disclose other standard franchise agreement provisions: 1) restrictions against owning a competing business during the franchise term and for some period afterward to give a successor franchisee some runway to assume brand operations without competition from a former franchisee, and to prevent a former franchisee from exploiting the franchisor’s trade secrets for their own gain; 2) grounds for termination, some of which may not be curable; and 3) how and where contract disputes must be decided.

Some states have “relationship laws” that override conflicting contract provisions, though most states impose no limit on a franchisor’s right to terminate a franchise agreement, even without cause, or to reject proposed franchise buyers outright.

What keeps franchisors from engaging in opportunistic practices are two primary forces: market regulation (reputation collateral and competition among franchise firms for the best candidates); and the ability of franchisees to use social media and other outlets effectively to influence public opinion by exposing unfair practices by franchisors.

Item 8 discloses sourcing restrictions: goods or services that franchisees must buy from designated or approved suppliers, and any revenue paid to the franchisor or its affiliates on account of their or a third-party supplier’s transactions with franchisees. Sourcing restrictions are a perfectly legitimate way to ensure uniformity in the operating standards that the public associates with the brand, even though they can also be a revenue well for franchisors.

For franchisees, a significant benefit of joining a franchise network is gaining the benefits of purchasing power through scale, something that is only achievable if all system members must buy authorized goods and services from designated suppliers that offer volume discounts to brand members, even if these suppliers pay the franchisor or its affiliate revenue (or, if the franchisor or an affiliate is the supplier, they recoup a margin over their own cost of goods).

Sourcing restrictions are really suspect only when franchisors use their contract power to compel franchisees to buy goods or services they do not need, or to buy from suppliers (including the franchisor or its affiliate) at higher prices than the same or equivalent goods or services can readily be bought from other available sources.

Franchise law is an area of legal specialization. A prospective franchisee’s attorney who wrote their will or handled their divorce – the common services for which the general public hires attorneys – may be excellent in their field, but also should be the first to say they lack the right experience to digest an FDD. Membership in the American Bar Association’s Forum on Franchising (the leading professional organization of attorneys practicing franchise law in the U.S.) is a good starting place for identifying franchise attorneys with the right expertise. If a franchisee cannot afford legal representation to evaluate the FDD before they cough up a hefty non-refundable franchise fee, they are not ready for business ownership.

Since I have limited myself to 10 tips, I consolidate a few other strategies for critically reading the FDD.

Item 2 (Business Experience) requires a franchisor to disclose at least a 5-year work history for all officers, directors, and other members of its franchise management team who lack a director or officer title. Too often, brand owners leap into franchising without appreciating that being a franchisor is a completely different business than successfully operating a branded outlet. A successful franchisor needs different skills to: 1) identify and recruit motivated business owners; 2) champion the brand for the benefit of all licensees; 3) teach others how to replicate a business model; 4) leverage the network’s scale to deliver benefits to franchisees that keep franchise owners loyal to the brand; 5) execute an effective support structure to supervise franchisee operations; 6) protect system standards against rogue operators who could damage the brand’s reputation for everyone; and 7) sustain all of this for as long as any franchisee has time left on their franchise agreement.

Item 3 (Litigation) requires disclosure of certain types of litigation filed against the franchisor or members of its management, including claims alleging violation of securities, franchise, or antitrust laws, and fraud. Disclosure of a significant number of lawsuits with similar allegations or a franchisee class action are signs of a troubled franchise network.

A franchise buyer planning to open a branded outlet in a distant market far from the one where the brand enjoys consumer recognition faces extra business risks by being a brand pioneer. While a distant market may offer upside potential, there is no guaranty that a franchisor will sell another franchise in that market or use marketing fund dollars there to promote the brand. A pioneer may end up being a lone ranger, having to invest far more in local marketing than franchisees clustered together, who can spend less to create local consumer brand awareness by pooling their local marketing dollars.

A business broker who sings the virtues of a particular franchise program may have a very different financial incentive in seeing the buyer sign on the dotted line. Brokers are typically compensated by making introductions or franchise sales and are not necessarily invested in a franchise buyer’s long-term well-being. Brokers also tend to move through different franchise brands without special allegiance as new franchises launch each year claiming to be the new darling of consumers.

FDDs offer a snapshot of the franchisor and franchise system only as of a specific date. While franchisors must keep their FDD up to date for as long as they offer new franchises, to reflect material changes in mandatory disclosures, they have no legal duty to deliver the updated FDD to existing franchisees once they sign on the dotted line.

On the other hand, franchisors typically reserve discretion in the franchise contract to modify the franchise program as long as the changes do not alter the parties’ fundamental bargain. In signing on, an existing franchisee agrees to adopt all future program changes at their own cost despite the fact that the FDD cannot describe future changes or costs with any precision, beyond saying that changes may happen. This is the pitfall of signing an incomplete contract.

Finally, franchise ownership does not prevent business failure. Contrary to what is published on the Internet, it has never been proven that owning a franchise is less risky than owning an independent business.

Franchisors and business brokers often promote owning a franchise by likening a franchise to a marriage. True, a franchise, like a marriage, is a consensual, private long-term commitment by previously unrelated parties. But no one these days gets married blindfolded, having never spent time getting to know their future life partner. Furthermore, unlike spouses, franchise parties are not partners in any legal or figurative sense. A franchise is a contract. For franchise buyers, it is very much caveat emptor. Franchisors never guaranty their franchisees’ success, nor a minimum return on their investment.

Franchising can be a better than breakeven, and even a highly lucrative, investment for franchisees and an equally successful growth model for brand owners, but it is not for everyone. Franchisors should enlist only those franchisees willing to do their homework beforehand, who appreciate the risks inherent in business ownership; and franchise buyers should consider joining only franchise systems that insist that buyers understand the deal they are signing.

Rochelle Spandorf is a partner with Davis Wright Tremaine and chairs the firm’s franchise practice. She is a nationally recognized business franchise and distribution attorney representing franchisors, manufacturers, licensors, suppliers, franchisees, and distributors in their domestic and international expansion and strategic development. She has the distinction of being the first woman to chair the ABA Forum on Franchising, the nation’s preeminent association of franchise attorneys, and is recognized by her peers as a Global Elite Thought Leader in franchise law. Contact her at rochellespandorf@dwt.com or 213-633-6898.