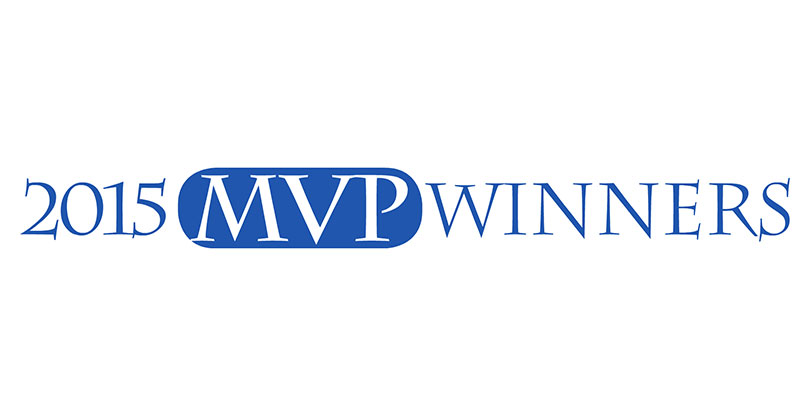 Every spring, Multi-Unit Franchisee magazine recognizes the winners of its prestigious Most Valuable Performer (MVP) Awards, which honor franchisee excellence and highlight outstanding performance in growing both their organization and their brand(s). This year more than 80 franchisees were nominated, and each was systematically evaluated before the final selection were made. The official announcement came at a general session during this year's Multi-Unit Franchising Conference, where the MVPs took the stage and were presented with a plaque commemorating their achievements. The presentation was sponsored by Church's Chicken. Here's a preview of the 2015 MVP Award winners, whose stories follow.

Alan and Tracy Balen were selected for their significant multi-brand expansion with the Checkers/Rally's and Qdoba brands. The couple, who operate16 Checkers/Rally's restaurants and 4 Qdobas, have been in franchising for 24 years. "Growing multiple brands makes sense to us," he says. "We learn a lot from each brand that helps us with the other brand. It broadens us and makes us better operators."

Brandon Boozer has been a role model within the Batteries Plus Bulbs brand and set an example for others to follow, starting on May 20, 2013, when strong tornadoes tore through Moore, Oklahoma. Boozer, owner of six Batteries Plus Bulbs in the Oklahoma City area, kicked into high gear, driving truckloads of batteries and flashlights to people searching the ruins of their homes or who had lost power.

Amin Dhanani has proven himself to be a leader in expansion and growth with Popeyes Louisiana Kitchen. Dhanani, 38, recently was named the brand's Franchisee of the Year, after growing his organization to 125 Popeyes restaurants in just 5 years (40 of them new builds). His goal for 2015 is to add 10 more Popeyes organically and keep looking for further acquisitions within the brand.

Farouk Diab has demonstrated extraordinary performance, achieved stellar growth, and provided valuable community aid while successfully representing the Wienerschnitzel brand. "When I came to the United States in 1975 at the age of 18, I got a job as a janitor at a Wienerschnitzel in San Jose, California," he says. "I learned every job there and worked my way up. Then I was given the opportunity to become a franchisee." Today he has 18 locations and plans to keep adding 2 more every year.

Mary and Ferrel Freer have demonstrated excellence in franchising as a marital team for the Del Taco (7) and Sizzler (8) brands. "It's important to work with a franchisor you trust. We felt that way when we purchased all our franchises, and right now there's never been better rapport with and support for franchisees with our franchisors. To me, that's key," she says.

Kevin Herman has brought a new and unique perspective to the Senior Helpers brand. After 10 years of working as a physical therapist providing home care in the Philadelphia area, he signed on with the brand. "I was already working with the exact people who would benefit from what Senior Helpers does. And I was impressed by the ease with which the brand allowed me to start and run my business."

Eric Holm has demonstrated a passionate, unwavering support for those in need, along with an ongoing dedication to the Golden Corral brand. He's a member of the Salvation Army's National Advisory Board and chair of its Finance and Development Committee, which this year began a campaign to raise the $220 million needed to do what he calls "changing the dynamics of intergenerational poverty."

John Judson, an early franchisee of Two Men and a Truck, has provided guidance, support, and leadership to his fellow franchisees for quite some time. Judson, who bought a single franchise in St. Louis in 1994, now has 15 units, two partners, and locations in St. Louis, Chicago, Salt Lake City, and Boston that brought in $16 million in revenue last year.

Aslam Khan has achieved remarkable success in the United States with the Church's Chicken brand. Khan immigrated to the U.S. in 1987 with $20 in his pocket and started as a dishwasher earning $3 an hour in a Church's restaurant in California. By 1999, he'd bought 97 Church's restaurants and become CEO of his own company, Falcon Holdings. Today he is the largest franchisee in the Church's system and also operates franchises for Long John Silver's, A&W, Hardee's, and Piccadilly Cafeteria--300 in all.

Scott Richburg, a Sport Clips franchisee, was honored for displaying outstanding performance and leadership by a veteran. "As an officer in the military, I learned how critical every person on the team is, and that developing the team is what's most important. It takes every person on the team to be successful," says Richburg, whose 15 Sport Clips are located in Little Rock, Ark. "I've always felt like I could sell anything as long as I believed in it. And I believed in Sport Clips."