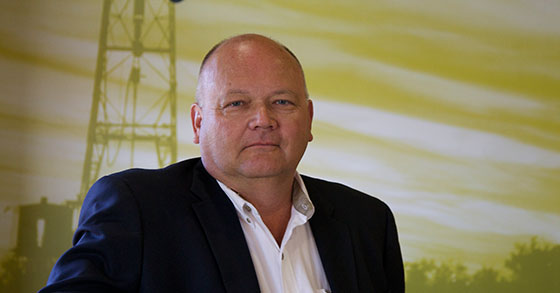 Larry Lee had a built-in advantage when he leveraged his career in real estate and shopping center development to include franchising.

"Great locations will offset everything else," says the Texan, who has 16 McAlister's deli locations open, with plans to add two dozen more by 2015 as he expands beyond his base in Texas and New Mexico. Lee first ate in a McAlister's at one of his San Antonio shopping centers. "No matter how great your marketing is, you can't market your way out of a bad location," he says.

Lee says his learning curve as he entered franchising was relatively easy. "Franchising was a little new, but I knew about the real estate, of course, and the financing requirements. Dealing with a franchisor was a little different but that's gone well, too," he says.

His winning approach led him to sign on with McAlister's for development rights in half of Texas and all of New Mexico, Idaho, and Utah. "We're up to 16 restaurants with four more under construction," he says. "Our future growth will create approximately 1,200 jobs throughout these local communities and give us an opportunity to bring McAlister's great food and genuine hospitality to more locations."

Lee, who McAlister's Franchisee of the Year for the past 3 years, likes the restaurant business so much that he also became a franchisee for Wings 'N More Express. He's also become a partner on the franchisor side with Zio's Italian Kitchen and Don Pablo's.

In addition to his knack for spotting good locations, Lee credits his success to "good people running the operations--a great team of people all around."

His charitable and community involvement includes serving as board president for the Permian Basin Rehabilitation Center for children in Odessa, Tex. "He's been vital to bringing the center to where we are today because of his giving, his willingness to go into the community and get donations," says Permian's Executive Director Risse Rogers. "He epitomizes the definition of philanthropist because he gives and gives, never wanting anything in return. He simply wants to make a difference."

Formative influences:
My biggest influences have been my parents and their work ethic.

Key accomplishments:
One of my biggest accomplishments has been building a successful McAlister's franchise and growing a talented management team. Our restaurants are in the top 20 for sales volume, as well as net sales growth. We've also been recognized as Franchisee of the Year for the past 3 years.

What are you reading:
The Admirals by Walter R. Borneman. It's about the four 5-star admirals of World War II and how they led the troops. Leadership under fire is another way to look at it.

Best advice you ever got:
Surround yourself with great employees.

What is your passion in business?
Making things happen. I love the challenge of starting a new store and watching it become successful.

Business philosophy:
Hire the best people, train them well, grow management from within, and give back to the community.

How do you hire, fire, train and retain?
I have a management team that is well trained in franchise management. I let them do their magic.

2014 goals: We have a development plan in place for four states, including continued growth in Texas and New Mexico, as well as new territories in Utah and Idaho. Our goal for 2014 is to open 8 new McAlister's locations.

Growth meter: How do you measure growth? By the number of stores we open during a year and the sales those stores generate.

What are you doing to take care of your employees? We offer extensive training, sales incentives, in-store contests, and advancement opportunities.

What kind of exit strategy do you have in place? I'm still working on that! However, it goes back to hiring people I know who have the same passion to grow this business that I have.