Call to Action: Franchising Must Act to Fix its Own Problems
Company Added
Company Removed
Apply to Request List
0

Call to Action: Franchising Must Act to Fix its Own Problems 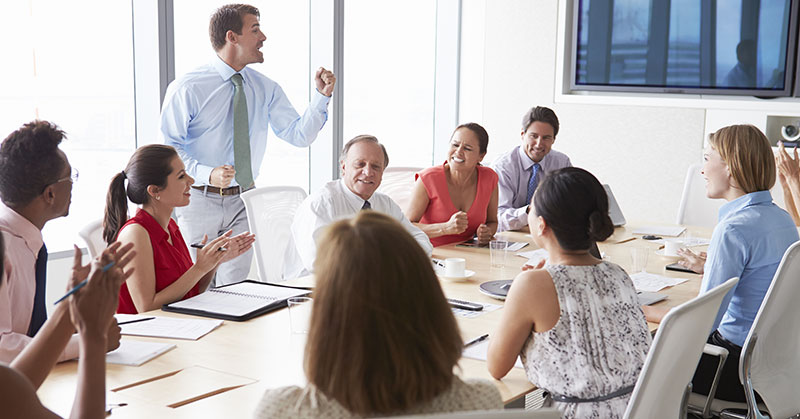 As a farm boy I learned common sense through experience. For instance, overloading a wheelbarrow could reduce back-and-forth trips, but at some point the wheelbarrow became too hard to balance and tipped over, defeating my intended purpose of less work.

Today businesses are confronted with a litany of political stances on top of regulatory and legislative actions that are making it hard to keep the business wheelbarrow balanced. While we debate the merits of individual issues, the sheer number is concerning, creating a lot of business uncertainty, and likely setting the stage for an economic downturn.

On a basic "American values" level, raising the minimum wage makes excellent sense. We all want people to succeed, and paying them more helps them do so. Raising the exemption minimum regarding overtime regulations has a basic fairness argument in it. Even the joint employer issue has some common-sense elements to it.

Unfortunately, lost in all these initiatives of what I'll generously call "good intentions" is that each change has consequences, because each change has a context. For instance, minimum wage mostly affects workers with no relevant skills or experience. They get training and gain experience on the job, two things not usually recognized in the minimum-wage debate. The government is willing to support education loans that put unskilled and inexperienced people in debt, but it does not recognize the value that technical training in a franchise, for instance, provides workers--while they are getting paid. Basic American values also include allowing the engine of economic growth, capitalism, to succeed. The business community can adjust to any one of these changes, but the combination is much more daunting.

Then there are the Dept. of Labor decisions that are clearly intended to serve a union constituency, such as ambush elections and persuader advisor activity reporting. It is very difficult to call these good intentions with such obvious blatant political overtones. France is trying hard to extract itself from the union grip that has depressed decades of business investment. With a weak recovery by any historical measure, we're confronted with piling all these initiatives into what is now becoming a very heavy economic growth wheelbarrow.

The unintended consequence of so many objectives at the same time is business uncertainty. Uncertainty forces all of us business owners into hesitation to take the investment risks that will grow our business and the economy. That becomes very obvious when you look at the capital investment and productivity numbers over the past 10 years.

With the political landscape defined for the next few years, we are still left with two questions: 1) What caused franchising to be in the target zone for so many actions?; and 2) What can we do about it?

To the first question, I believe franchising was less a target than it was a combination of PR mistakes by all of us and a gradual shift in the franchisor/franchisee balance toward franchisors over several decades. If we want to get away from a continuing barrage of government-induced challenges, we need to solve these two issues, which will take time.

The consequence of the PR mistakes are becoming very clear: few people--including legislators and the media, unfortunately--understand how the franchise business model works and therefore promote actions that undermine it. Aziz Hashim, former Multi-Unit Franchising Conference and current IFA chair, drives that point home by noting that the vast majority of the millions of franchisee employees think they work for the brand, not the franchisee entity that pays their salaries. Overcoming that PR challenge will take time, but acknowledging its existence and developing a longer-term PR plan are our shared responsibility, and efforts are beginning.

The gradual shift in the franchisor/franchisee balance has been going on for more than 15 years. As I noted in a previous article, franchise agreements have slowly and consistently been strengthened in favor of franchisors. During this time, FRANdata has reviewed more than 1,000 franchise agreements a year for SBA affiliation eligibility purposes, so we have a pretty good vantage point to observe how contractual agreements have evolved. I am not taking a position about whether this is good or bad, but I will say that it can be argued that one of the unintended consequences of this shift in control has been the dramatic rise in franchise-related state legislative initiatives and federal regulatory actions.

Multi-unit operators have an ability to address this shift in balance. Whenever I ask an experienced multi-unit franchisee if they accept the standard franchise agreement terms a franchisor offers them, they invariably say, "Of course not." Maybe it's time for the multi-unit community to offer a collective voice on basic franchise agreement control provisions for the sake of strengthening the franchise business model we all benefit from.

The Human Bean
Our commitment to developing the best drive-thru espresso led us to franchising. Unlike nearly all other franchises, we do not charge...
Cash Required:
$100,000
Request Info
Added
Learn More
Modern Market Eatery
Invest in healthy food with healthy economics. We are the next generation of the bakery café concept making nourishing, delicious,...
Request Info
Added
Learn More
Share This Page