Cowboy Cool: Makeover Improves Both Front and Back of the House
Company Added
Company Removed
Apply to Request List
0

Cowboy Cool: Makeover Improves Both Front and Back of the House 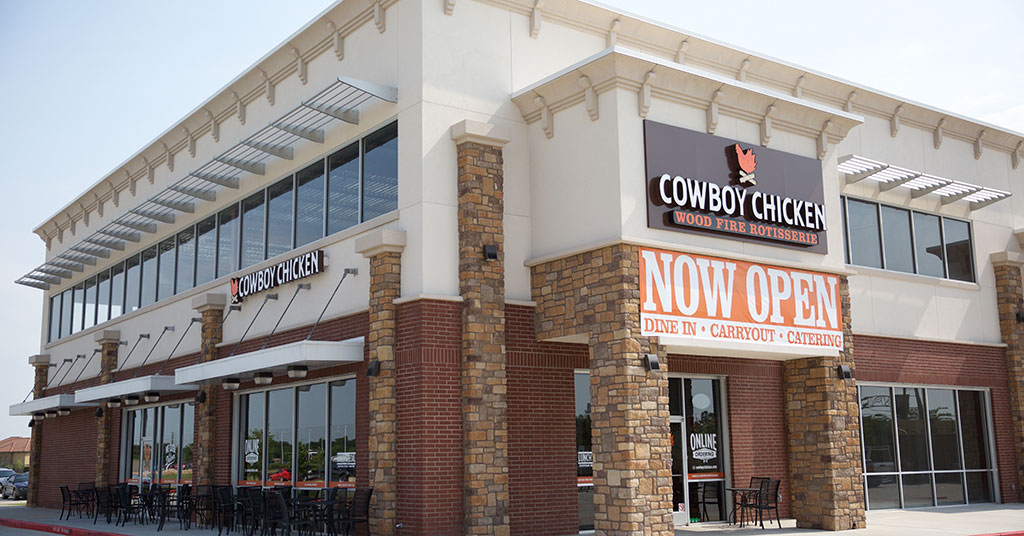 In early 2016, four back-to-back restaurant openings and previous back-of-house design opportunities helped inspire the development of our modular kitchen prototype. In 2015, we reported our strongest system-wide sales to date, had restaurants built or being developed in seven states, and signed agreements to develop more than 60 new restaurants, so we had no room for mistakes or disorder.

Still, we struggled to find a way to remodel franchise-wide. Each restaurant's uniqueness created complexities because our locations are all so different. We had to make training adjustments with each opening because each back-of-house layout was so different, especially when it came to storage solutions. That prompted us to take a hard look at what worked best so no employee would have to take more than a few steps to reach what they needed.

In early summer 2016, a front-of-house branding makeover led by KJP Marketing Services of Atlanta and Propaganda, Inc. of St. Louis helped us transform from "cowboy kitsch" to "cowboy cool." To highlight the "flavor born over an open flame," our restaurants now feature neutral browns and grays with pops of orange. Design elements include fun graphics, plenty of locally sourced wood with white subway tile, solid surface countertops, and sealed concrete floors as counterpoints.

By spring 2016, our had team mapped out several new plans that could handle the volume of new store openings and also function well over the long haul. Construction on the new prototype began in September 2016 in Oklahoma City, and it opened for business in February 2017. The plans were reviewed by Josh Monahan at Best Restaurant Equipment & Design to make sure everything was properly scaled and that we didn't have missing or extra equipment. 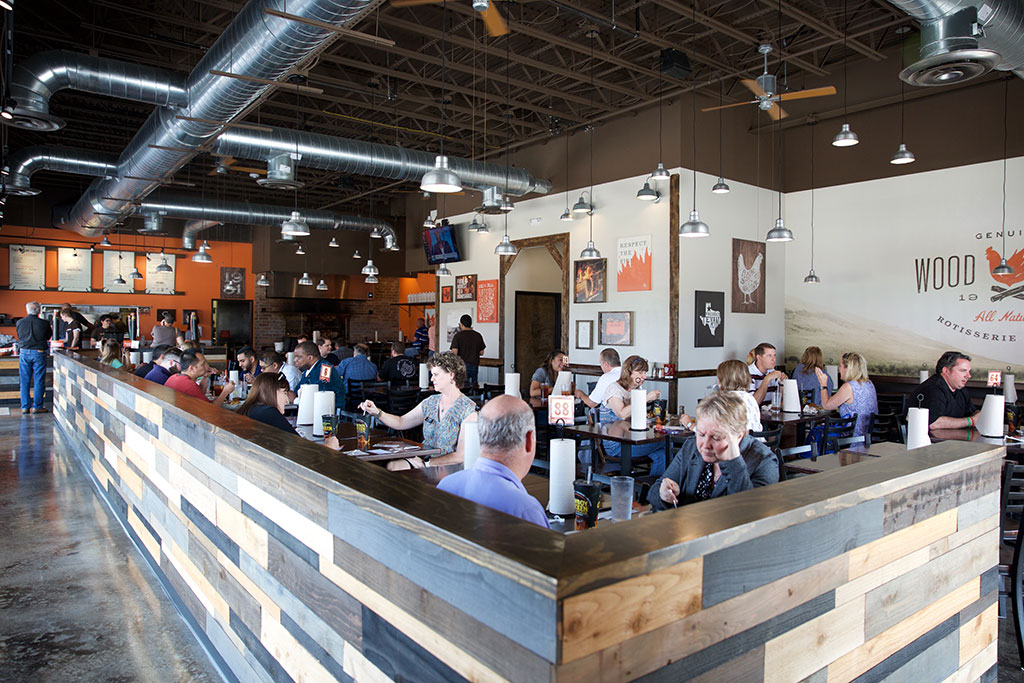 Our number-one goal was reducing steps and increasing productivity for our employees. We would watch the prep cooks going from the back of the kitchen into the cookline to access the convection ovens or steam kettle, even at peak times. It made no sense. Now we can place both rotisseries under a single hood and save money. The front-facing ovens serve as the focal point for the dining room, and the new configuration has increased available bar seats facing the ovens. From fall to spring, everyone wants to sit in those seven spots. The sight of the flames and rotating chickens especially mesmerizes little kids.

Efficiency and job reassignments are the best benefits of the new layout. Now we have cooks who can turn around and grab necessary items to complete production without having to walk a few steps away. We have also configured our dish area placement so that it is accessible for the bussers without creating additional traffic near the production line, either by adding a separate entrance to the back of the house or by moving the service door from the front of the house to create a clear path.

Still, we experienced some pushback. Taking grilled chicken off the menu proved a sore point for some customers, but operationally the change has led to greater efficiency. The only way to meet ticket times was to pre-grill, but the protein's holding time was not long enough for our needs. By removing grilled chicken, we were able to remove the grill and reduce the hood size.

Updating menus also reduced freezer storage needs. We have removed the frozen fries and now cut our own, in-house. We also eliminated several other frozen ingredient items. We used to have a walk-in freezer, but now we use just a reach-in freezer in back and a single-door freezer supporting the cookline, which increases output and reduces cost.

Initial guest counts at stores with the new design have increased by more than 30 percent, and the new stores are not experiencing the typical drop-off in volume that typically happens after a grand opening. The redesign has made the post-opening transition smoother for both front-of-house and back-of-house operations.

The environment creates more efficiency for the cooks, resulting in equal results without extra effort required of them, so employees have a better work environment. We are confident that this major shift in design will result in better customer and employee satisfaction throughout our locations. We feel we will experience similar success in our upcoming openings and beyond.

The March to 500: Scooter's Coffee Prepares for Growth
Joint Employment: Better News is Around the Corner
Sponsored
Wayback Burgers Adds 35th State to US Footprint with 6 Restaurant...
Drive Your Business by Empowering Your Employees
3 Must-Have Ingredients for Franchisee Engagement: Part 2, Expectations...
Win The Great Retention by Prioritizing Employee Mental Well-Being