Dominators Rule!: These Multi-Unit Operators Get It Done 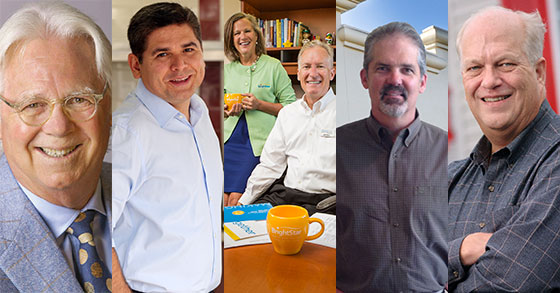 To celebrate and recognize the achievements of multi-unit and multi-brand franchisees, we again turn our annual focus to multi-unit franchisees we like to call "Dominators." They are determined to succeed and know how to get it done. They take on markets, competition, and the economy and keep on growing. They are fiercely competitive, want to be the best at what they do, and want the same for their management team and employees.

We've identified some great, savvy operators and are excited to bring their stories to you. We asked what drives them, what makes them tick, and what ticks them off. Each shares a unique tale of how they've traveled the rocky road to success, but all are united by hard work, hard knocks, and ultimate triumph.

This year's behind-the-scenes look at a group of thriving franchise owners tells us how--and why--they've made their business choices, how they've adapted to growth, and where they see themselves headed. Here's the starting lineup for this year's Dominators issue:

Following the profiles, check out this year's list of MSAs with the most franchised units, as well as the dominant franchisee organizations in each region and state.

Massage Heights
Massage Heights is a passion brand, a lifestyle brand, and a spa franchise brand that truly helps people live their best lives by encouraging them to...
Cash Required:
$175,000
Request Info
Added
Learn More
Shakeaway
Shakeaway is a unique global company with stores popping up all over the world! Get involved in this fun, fast growing and profitable franchise now...
Request Info
Added
Learn More
Share This Page