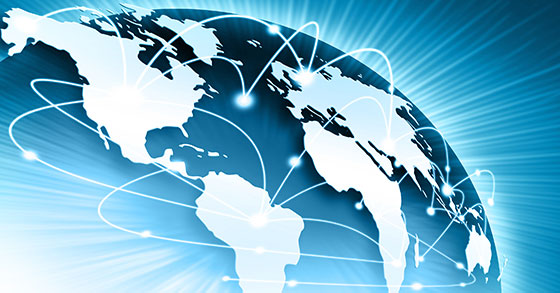 Increasingly, U.S. franchisors are using social media sites to build brand awareness, attract new customers, focus marketing on their ideal customer demographic, and even to recruit new franchisees. In the U.S., the primary social media platforms used for these purposes are Facebook, Twitter, LinkedIn, YouTube, and Foursquare. Some of these sites are also important marketing opportunities in other countries. This is especially true in emerging markets with fast-growing numbers of middle-class consumers who we want to be customers at our franchise outlets in their countries.

In December, Franchise Update Sales Report ran an article about a survey on social media marketing benchmarks that clearly showed the pluses and minuses of social media for franchise businesses. On the plus side, this tool can build brand awareness and focus a consumer on what you specifically want them to see about your brand. Challenges include maintaining and managing the content, using high-quality videos online, and marketing to the right customers.

Writing on FranSocial in February, Paul Segreto stated that the ROI of social media for franchisors is building relationships and a consumer community. Social media allows customers and potential customers to see how a business works and builds a customer experience, if done properly. An article in Entrepreneur magazine following the 2012 IFA convention stressed the value of social media to franchise brands such as Painting with a Twist and Nothing Bundt Cakes to get their message out to customers. Since then the value of this marketing tool seems to have grown exponentially in the U.S.

YouTube. Eighty percent of YouTube traffic comes from outside the U.S., and this social media venue is localized across 61 languages. The U.S. is not even in the top 10 countries for YouTube use.

In many emerging countries, broadband Internet is much more available on mobile devices (largely smartphones) than in a "fixed" mode in businesses and homes (see chart). Cellular service and texting are fairly expensive, but smartphones have at least basic Internet access. Smartphone social media sites are used to communicate with friends and family, to tell people where you are going, and even to recommend stores and restaurants in real time. Of India's 1.2 billion population, only 137 million are Internet users, of whom almost 50 percent are using social media. And there are 934 million mobile subscribers. Mobile social media is the way to capture the Indian consumer.

Eighty-four percent of Indonesian Internet users use social media to stay in touch with family and friends. Twenty-four percent of Indonesia's population are Facebook users--62 million people. There are 240 million people in Indonesia and they have 290 million phones! Other countries that heavily use mobile social media sites to communicate with each other are Turkey, the Philippines, Chile, Malaysia, and Brazil. There are 328 million mobile phones in the U.S., 868 million in India, and 268 million in Brazil, and 107 million in the Philippines. Tapping into this mobile social media phenomenon could result in a good ROI for franchisors as the way to reach a very fast-growing middle class with discretionary income.

Twitter had approximately 310 million users worldwide as of March 2014. The top 10 Twitter markets hold 70 percent of its global users. In the top 10 are Indonesia, Brazil, Turkey, and Mexico.

LinkedIn has a growing presence worldwide as a site/tool for doing business. With more than 250 million users worldwide, LinkedIn's most active countries are the U.S., Brazil, Japan, the U.K., Canada, and Singapore. While "only" 3 percent of India's population uses LinkedIn, this represents 33 million users!

So what about China, where Facebook and YouTube are not allowed to operate? There are an estimated 370 million social media users in China on the Sina Weibo site. More than 80 percent were born after 1980, and their estimated income is as large as the total GDP of Italy ($260 billion). Weibo users purchase more than 50 percent of the goods and services in China. And while only 3 percent of China's population uses LinkedIn, again 35 million people! These statistics indicate that social media has huge potential for U.S. franchisors doing business in China.

Well-managed and carefully focused social media in high-Internet-user countries is an excellent way for franchisors to market in real time to the middle- and upper-class consumers who are likely to become customers. While this is an opportunity for social media-savvy U.S. franchisors to attract customers around the world where they are developing stores, it is extremely important to manage the content and message of local sites that relate to your franchise. Your sites must be "mobile friendly" and "local." It can be a challenge to manage the content of local Facebook pages when you are 12 time zones away and do not speak the local language. But Brazil, China, India, and Indonesia have more than 600 million middle- and upper-class consumers waiting to buy what your franchise has to offer!

William G. Edwards, CEO of EGS, LLC, has 40 years of international business experience, and Heather Edwards is a research associate at EGS. He has lived in 7 countries and worked on projects in more than 60. He has been a master licensee in 5 countries, in charge of international operations and development for a U.S. franchise, and has advised more than 50 U.S. companies on international development. Contact him at 949-375-1896, bedwards@egs-intl.com, or read his blog at edwardsglobal.com/blog.

In on the Ground Floor? Evaluating an emerging franchisor's potential
Service Brands Continue To Grow in Q2 2022
Sponsored
Slim Chickens is the Leading Chicken Contender in 2022
Identifying Your 'Why' Will Help Get You Where You Want To Go
Building Your Infrastructure For Growth
Blueprint for Growth, Part 2: Expand your range of products or services