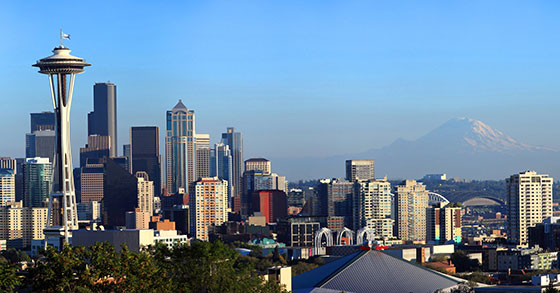 Franchisees in Seattle have the International Franchise Association (IFA) on their side. The group is appealing a recent decision in federal court that allows the city of Seattle to discriminate against small franchised businesses as part of the city's 2014 minimum wage law. The IFA sought a preliminary injunction, which was denied by U.S. District Judge Richard A. Jones court in mid-March.

The IFA and five Seattle franchisees have given notice that they will appeal Judge Jones' decision to the United States Court of Appeals for the Ninth Circuit. The original lawsuit filed in June 2014 requested fair treatment for franchises under the law, which treats them as large, national companies, rather than the small, locally-owned businesses.

"Franchisees deserve fairness under the law and we will continue to aggressively advocate on their behalf in federal circuit court," says IFA President & CEO Steve Caldeira. "We are not seeking to prevent Seattle's minimum wage increase from going into effect. Our appeal will be focused on the blatant discriminatory mistreatment of franchisees under Seattle's new law and the city's improper motivation to discriminate against interstate commerce.

"Franchisees compete for the same customers as non-franchised businesses in Seattle, and they face the same challenges other small businesses face and this regulation puts them at a severe economic disadvantage. Therefore, we believe they should be properly categorized as such. Put simply, a small local franchise owner with 10 employees is the same as the small non-franchise business owner," says Caldeira.

Starting April 1, large businesses in Seattle - defined as those with more than 500 employees - will be forced to raise the minimum wage they pay their employees to $15 an hour over three years. Smaller businesses will have seven years to phase in the wage increase. The new law classifies Seattle's 600 franchisees - who own 1,700 franchise locations and employ 19,000 workers - as large businesses simply because they operate as part of a franchise network.

"In reality, these are small, locally-owned businesses that should be given the extra time to plan for the wage increase - just like all other small businesses in Seattle," says Caldeira.

The IFA has argued that this discrimination violates the Commerce Clause of the U.S. Constitution, because 96 percent of the franchises operating in Seattle are affiliated with an interstate commerce network.

Marketing Trends: Martech Stacks, Gamification, Apps vs. Websites,...
Train Your Employees to be Great at Relationship Building
Sponsored
Partners Find Sweet Deal With Bruster's Real Ice Cream Franchise
Setting the Standard: 3 suppliers that kept the world growing
Partnerships Work Until They Don't
Franchise Development Is Up: But will the growth capital be?