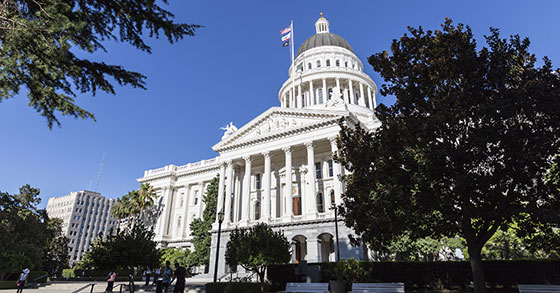 A bill making its way through the California State Assembly would undermine existing business contracts between franchisors and franchisees, says IFA President & CEO Steve Caldeira. The IFA opposes the bill and issued a statement saying Assembly Bill 525 would create untested new statutory language that will lead to costly litigation and hinder future franchise development for an industry that has outpaced overall economic growth for five years since the recession.

"In keeping with the spirit of Governor Brown's veto message last year on this matter, the International Franchise Association has been working in good faith with Assemblyman Holden (D-CA-41) to reach a consensus on a number of outstanding contractual issues between franchisees and franchisors.

"Given our commitment, we were gravely disappointed that the author, after inviting us to submit our comments, turned around and scheduled this defective legislation without notice to the parties who believed in good faith to be in discussions regarding modifications to the bill. We hope to continue with what, up to this point, were constructive discussions on addressing our concerns with the bill, particularly the section dealing with monetization of equity.

"The bill's current language in this section is unprecedented in its scope and would reward a franchisee who is terminated, even for a legitimate violation of its franchise agreement.

"Absent our requested amendments, AB 525 will remain a threat to the current system that benefits both franchisees and franchisors, which together employ nearly 1-million California workers at more than 82,000 franchise locations throughout the state. Not only do they generate in excess of $94 billion in economic output in California annually, but franchise businesses are growing faster than non-franchises, and have been for the past five years.

"AB 525 must be amended to ensure the continued success of these small businesses in the state. We look forward to working with the author in the Senate to remove our concerns."

Dogdrop
Why open a dog daycare franchise with Dogdrop? Dogdrop is a modern brand that is technology-focused, offers unparalleled support as well as ease of...
Cash Required:
$100,000
Request Info
Added
Learn More
Rita’s Italian Ice
When guests walk into a Rita’s Italian Ice, they know they are in for a treat. Bright smiles and bright colors greet them, along with a...
Cash Required:
$100,000
Request Info
Added
Learn More
Share This Page